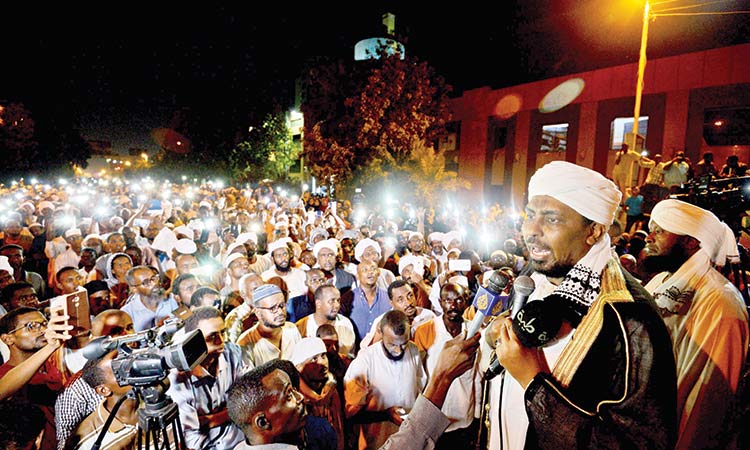 Saudi Arabia announced on Sunday it deposited $250 million in Sudan’s central bank as part of a support package for the country following the overthrow of longtime leader Omar Al Bashir.

“The ministry of finance has deposited 937.5 million Saudi riyals into the central bank of Sudan,” it said in a statement.

“$500 million has been provided by both countries... to strengthen its financial position,” the kingdom’s finance ministry said.

The UAE said on April 28 it was depositing $250 million in Sudan’s central bank.

It said the move was aimed shoring up the Sudanese pound.

Meanwhile, Sudanese protest leaders said on Sunday they will insist a civilian runs a planned new governing body in new talks with army rulers, as hardliners warned against excluding sharia from the political roadmap.

The Alliance for Freedom and Change is determined that the country’s new ruling body be “led by a civilian as its chairman and with a limited military representation,” it said in a statement.

The protesters’ umbrella group said talks were to resume with the military council − which has ruled Sudan since president Omar al-Bashir was deposed on April 11 − late on Sunday.

Talks over a transfer of power by the generals have repeatedly stalled, resulting in international pressure to return to the table after the military rulers suspended negotiations earlier this week.

The generals insist the new body be military-led but the protest leaders demand a majority civilian body.

On Sunday, the protest movement raised the ante by insisting that the ruling body should be headed by a civilian.

Before talks were suspended between the generals and protest leaders they had agreed on several key issues, including a three-year transition period and the creation of a 300-member parliament, with two thirds of lawmakers to come from the protesters’ umbrella group.

The previous round of talks was marred by violence after five protesters and an army major were shot dead near the ongoing sit-in outside the military headquarters in central Khartoum, where thousands have camped out for weeks.

Initially, the protesters gathered to demand Bashir resign − but they have stayed put, to pressure the generals into stepping aside.

The protesters had also erected roadblocks on some avenues in Khartoum to put further pressure on the generals during negotiations, but the miliary rulers suspended the last round of talks and demanded the barriers be removed.

Protesters duly took the roadblocks down in recent days − but they said they will put them back up, if the army fails to transfer power to a civilian administration.

The generals have allowed protesters to maintain their sit-in outside army headquarters.

Islamic movements rallied outside the presidential palace on Saturday night, to reject any civilian administration that excludes sharia as its guiding principle.

Hundreds took part in the rally, the first organised by hardliner groups since Bashir’s ouster.

“The main reason for the mobilisation is that the alliance (the main protesters’ umbrella group) is ignoring the application of sharia in its deal,” said Al Tayieb Mustafa, who heads a coalition of about 20 Islamic groups.

“This is irresponsible and if that deal is done, it is going to open the door of hell for Sudan,” he told reporters.

Bashir came to power in an Islamist-backed coup in 1989 and Sudanese legislation has since been underpinned by Islamic law.

At Saturday’s rally, hardline cleric Mohamed Ali Jazuli had a warning for the military council.

“If you consider handing over power to a certain faction, then we will consider it a coup,” he vowed.

The protest leaders have so far remained silent on whether sharia has a place in Sudan’s future, arguing that their main concern is installing a civilian administration. 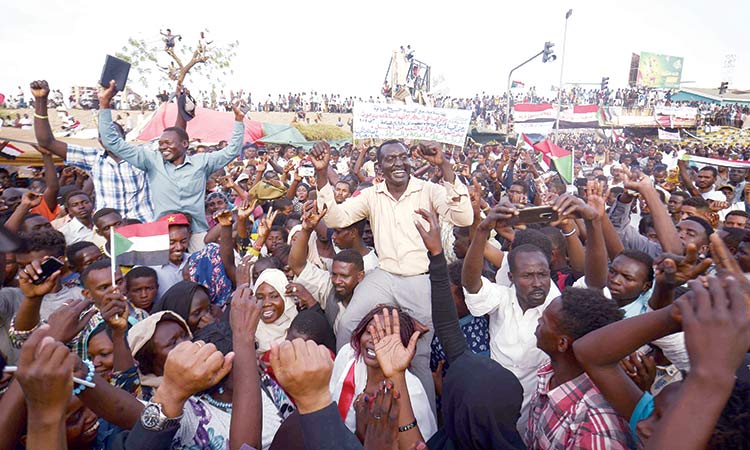 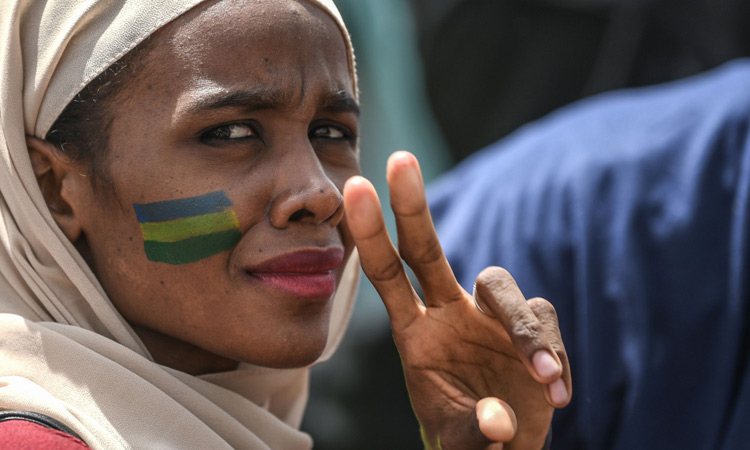