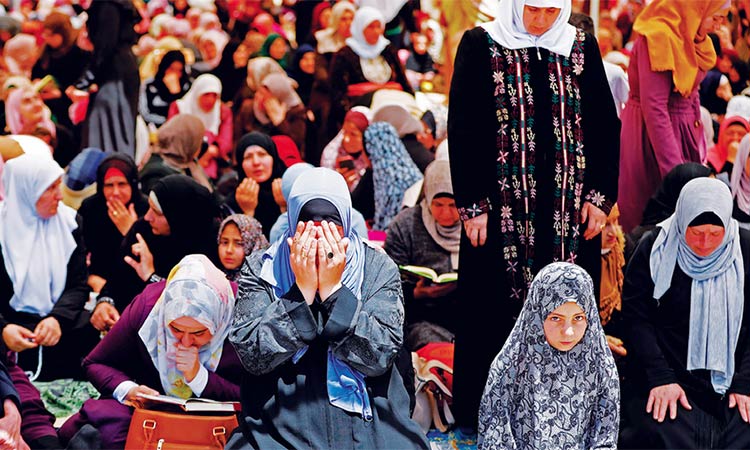 The United States seems to be crafting a plan for a Palestinian surrender to Israel instead of a peace deal, Palestinian Foreign Minister Riyad Al Maliki told a meeting at the United Nations attended by US Middle East peace negotiator Jason Greenblatt.

Greenblatt and senior White House adviser Jared Kushner have spent two years developing a peace proposal that they hope will provide a framework for renewed talks between the Israelis and Palestinians. The plan is expected to be unveiled in June.

“We cannot afford not to engage with any peace efforts, but the US administration efforts cannot be characterised, nor can qualify, as peace efforts, unfortunately,” Maliki told the informal meeting of members of the UN Security Council on Israeli settlements in occupied Palestinian territory.

“All indicates thus far that this is not a peace plan, but rather conditions for surrender and there’s no amount of money that can make it acceptable,” he said.

The US Middle East proposal has two major components — a political piece that addresses core issues such as the status of Jerusalem, and an economic part that aims to strengthen the Palestinian economy. Kushner and Greenblatt have not said if it calls for a two-state solution, a goal of past peace efforts.

“The vision for peace that we will soon put forward will be realistic and implementable, but it will require compromises from both sides,” Greenblatt told the meeting at the United Nations, which was organised by Indonesia.

“We genuinely hope both the Israelis and Palestinians will take a real look at our vision for peace when we release it, before any unilateral steps are taken,” he said.

The Palestinians have dismissed US efforts since President Donald Trump decided in 2017 to move the US Embassy from Tel Aviv to occupied Jerusalem and declare Jerusalem Israel’s capital. The Palestinians want a state in the West Bank, east Jerusalem and the Gaza Strip, all territory captured by Israel in 1967.

“Some ask us ‘what if they surprise you?’ We tell them we would have been more hopeful had they not been deaf to our appeals, blind to Israel violations, and mute — at best — on the fundamentals of peace, when not actively undermining them,” Maliki said. Meanwhile, Israel lifted a ban on Palestinian fishing boats operating off Gaza, an Israeli military body said, ending a measure imposed during a deadly flare-up of violence earlier this month.

The Israeli navy often fires on Gazan boats it says have exceeded the limits.

Zakaria Bakr, an official with the fishing union, said a number of boats began fishing on Friday, the first in the holy month of Ramadan.

The measure is seen as a first step in implementing a fragile truce meant to avert a new conflict between the army and Palestinian militants.

“Friday, the Gaza Strip fishing zone is expected to reopen at a range of up to 12 nautical miles,” COGAT, the Israeli military body responsible for the Palestinian territories, said.

“Application of the measure is conditioned on the Gaza Strip fishermen respecting the agreements.”

Hamas and its ally Islamic Jihad fired hundreds of rockets at Israel on Saturday and Sunday, with the army striking dozens of targets in Gaza in response.

Four Israelis and 25 Palestinians, including at least nine militants, were killed in the two-day flare-up.

COGAT closed the fishing zone and the border crossings for both people and goods between Israel and Gaza in response to the rocket fire.

A tentative truce was reached on Monday with Palestinian officials saying Israel had agreed to ease its crippling decade-long blockade of the impoverished enclave in exchange for calm.

Israel did not publicly confirm the deal.

A Hamas official, speaking on condition of anonymity, said he considered the reopening of the fishing area “the first step the (Israeli) occupation must take as part of the implementation of the understandings.” An Egyptian security delegation arrived in Gaza late on Thursday to monitor implementation of the Cairo-brokered truce, he said.

COGAT’s statement late on Thursday did not mention any reopening of the border crossings between Gaza and Israel. 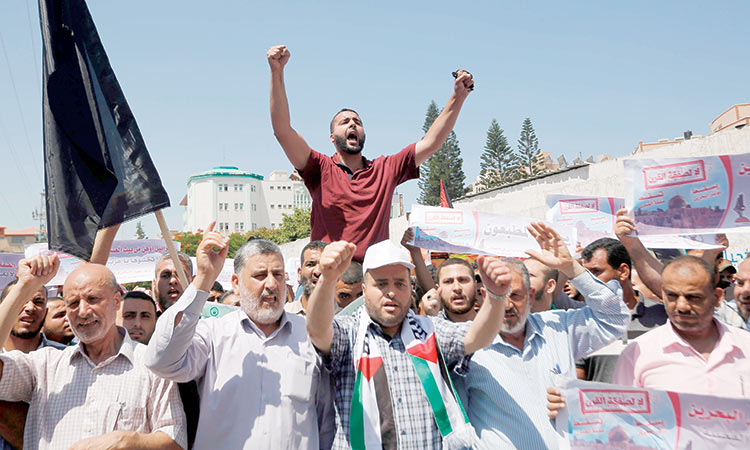