Death for militants sent from Syria 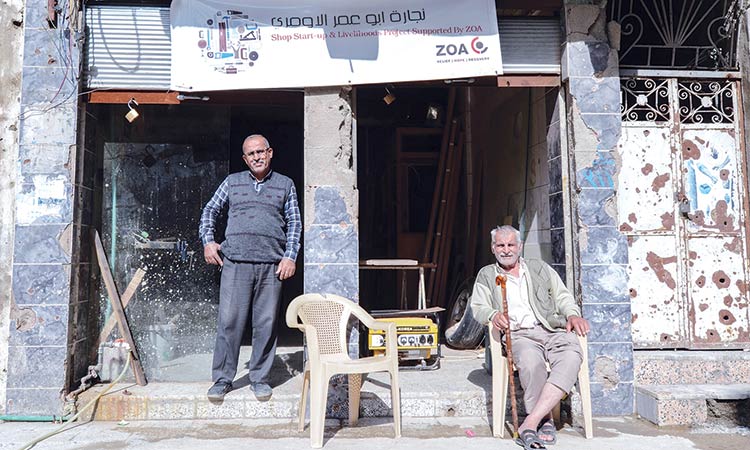 Men sit in front of a shop under a damaged building in Mosul. Agence France-Presse

They had been caught in Syria by the US-backed Syrian Democratic Forces (SDF), an alliance of Kurdish and Arab fighters, and transferred to Iraqi authorities.

On Sunday, the judiciary said it had tried four Iraqis “accused of belonging to Daesh and carrying out crimes against innocent civilians in order to destabilise Iraq and Syria.” They were sentenced to “death by hanging” in accordance with Iraq’s 2005 counter-terror law, the statement said.

The sentence was the first one of its kind for accused Daesh from Iraq who were caught in Syria.

Additional Iraqi suspects are in SDF custody and are awaiting repatriation, a security source told AFP earlier this month.

Iraq has already tried thousands of its own nationals arrested on home soil for joining Daesh − including women − and has sentenced hundreds to death.

The country remains in the top five “executioner” nations in the world, according to an Amnesty International report released last week.

The number of death sentences issued by Iraqi courts more than quadrupled from 65 in 2017 to at least 271 last year.

In addition to locals, Iraq has also tried hundreds of foreigners, condemning many to life in prison and others to death, although no foreign Daesh members have yet been executed.

Among those awaiting trial in Baghdad are 12 accused French Daesh members, who were caught in Syria and transferred to Iraqi custody in February.

Rights groups including Human Rights Watch have criticised the trials, which they say often rely on circumstantial evidence or confessions obtained under torture. Ousted a month ago from the final scrap of the territory they once controlled, Daesh group remain scattered in the Syrian desert and still carry out attacks.