Wife and child of arrested militant die in explosion: Police 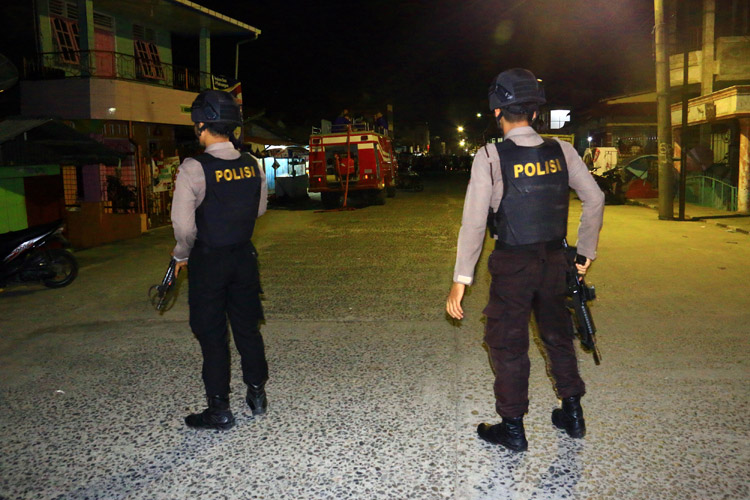 Armed police officers stand as they guard an area following an explosion after they arrested a suspected terrorist in Sibolga, North Sumatra province, Indonesia, on Tuesday, 2019. Antara Foto/Jason Gultom/ Reuters

JAKARTA: The wife and child of an arrested militant who was plotting attacks in the Indonesian capital have died in an explosion during a siege of their home in North Sumatra, the national police chief said on Wednesday.

The woman is believed to have blown herself up hours after throwing a home-made bomb that injured an officer as police tried to search the house in Sibologa district on Tuesday, Dedi Prasetyo, the police chief, told The Associated Press.

Police officers at the location said there were two explosions and smoke at the house about 1:30am, Prasetyo said.

“Police are now still conducting sterilization at the crime scene and finding a safe way to evacuate the bodies of the woman and her child,” he said.

Prasetyo said the woman’s husband, known as Husein, was arrested on Tuesday after the interrogation of another suspected militant, Rinto Sugiharto, who was apprehended in Lampung on Saturday, uncovered plans for attacks in Jakarta

Both men were members of Jemaah Anshorut Daulah, a militant network affiliated with Daesh, police said.

Before the explosions, the woman refused calls from police and local leaders to surrender, Prasetyo said.