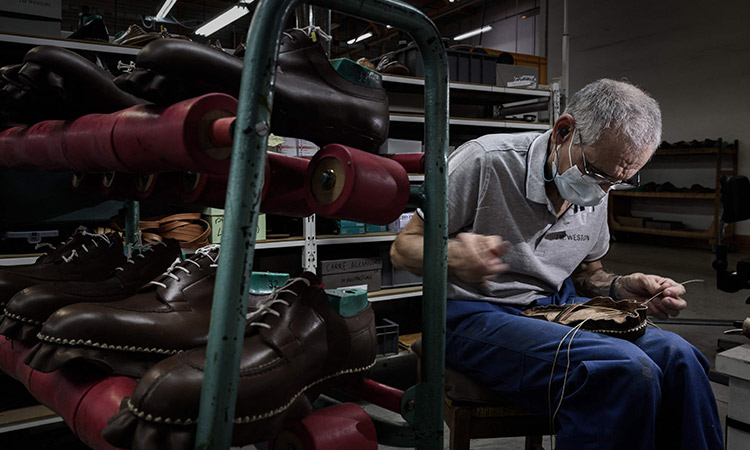 An employee of French shoemaker Weston sews a shoe at the company's factory in Limoges. AFP

Once the preserve of nerds and stuffy young conservatives, loafers, moccasins and other formal shoes are increasingly taking over from sneakers as the first choice for fashion-conscious men.

Romain Costa, a 32-year-old Parisian architect, is spoiled for choice as he considered the footwear options in his Montmartre apartment: sturdy-soled black loafers, funky-coloured brogues, leather or suede, with or without tassels...

He finally opts for a tricolor pair that he matches with baggy jeans and an expansive black sweater, before hopping on his bike and heading off to work.

For him, sneakers were what he wore as a teenage skater.

"I like having adult shoes. At work, it's reassuring for clients. It makes me look more serious," he told AFP. 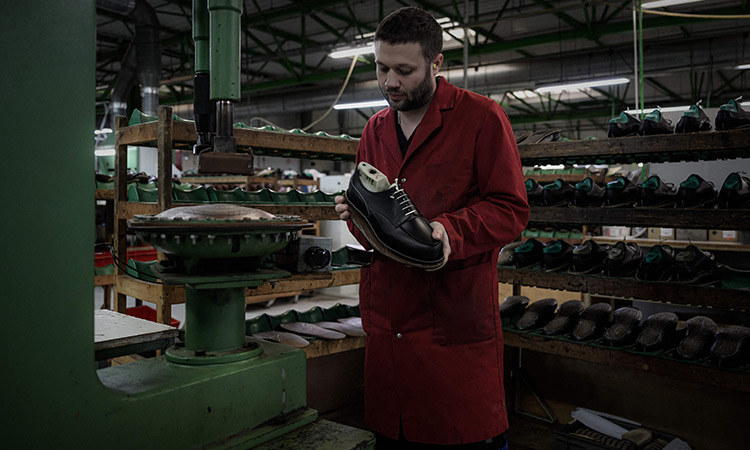 An employee of French shoemaker Weston works on the sole of a shoe. AFP

"And they age better than sneakers," he added.

The trainer boom of the last decade is still going strong, but there are signs of a slowdown.

Data from industry website Business of fashion showed 45 percent of well-heeled American and British men were planning to buy dress shoes in 2023, compared with around a third who were opting for sneakers.

And formal styles are all over red carpets and catwalks sported by trendsetters like rapper ASAP Rocky and US actor-director Donald Glover.

French designer Simon Porte Jacquemus -- so hot right now, as the fashionistas say -- wore black loafers and dressed his models in them for his last show in December, despite his high-profile sneaker collaboration with Nike.

Some are still struggling to get over the old connotations.

"There are never loafers at a Hermes show," said Pierre Hardy, who heads up shoe design at the French label. "It was really the preppie, right-wing, reactionary shoe."

They might not strike the right vibe for the catwalk, but Hermes still produces and sells loafers, and Hardy understands why sales have been spiking.

"After the lockdowns, people grew tired of everything being cosy. Now we have permission to go out and we want elegant, chic things," he said.

The same is happening across the water in Britain, where upmarket department store Browns has "definitely noticed a shift from fashionable sneaker styles to more formal footwear," according to its menswear manager Thom Scherdel. 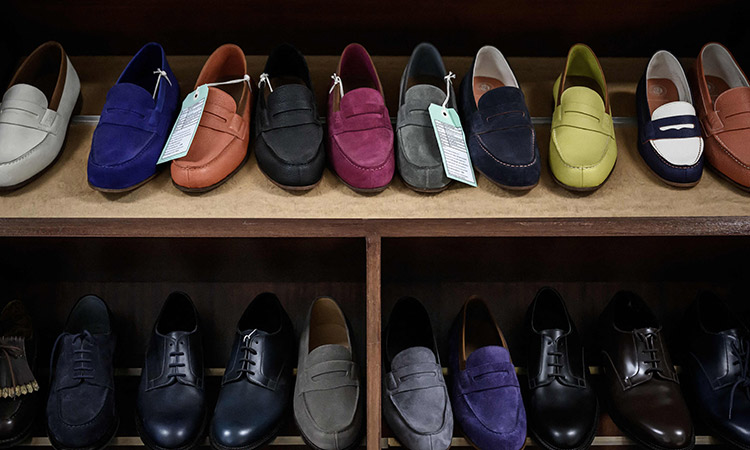 "As we see less and less sneakers go down the runway, customers are taking note, with lots of people looking to mix and match casual and sartorial pieces in their wardrobe," he told AFP.

That marks one big change from the past: wearing formal shoes not just with suits, but with sportswear, overalls -- even shorts.

"There is a return of formal tailoring, but now with a comfort side, because people got used to jogging bottoms and we don't want to go back to tight-fitting clothes," said Hugues Fauchard of Uniforme, a young label that worked with shoemaker Weston on new versions of its classic loafer.

"The other important thing is that trainers fall apart quickly -- they're not durable and hard to repair," he said, pointing out that Weston offers lifetime repairs.

"We have to stop with these throw-away clothes."

It is perhaps an inevitable part of the fashion cycle, as new sneaker drops became ubiquitous and resale prices ridiculous (a pair of Nikes co-designed and worn by Kanye West sold for $1.8 million in 2021).

"Trainers were for all situations, all ages, and they put in the shade other shoes that gave more of a solid footing to men," fashion historian Olivier Saillard told AFP.

"But with every fashion, there is a boomerang effect."