Empanadas: Great food on the street and everywhere else - GulfToday

Empanadas: Great food on the street and everywhere else 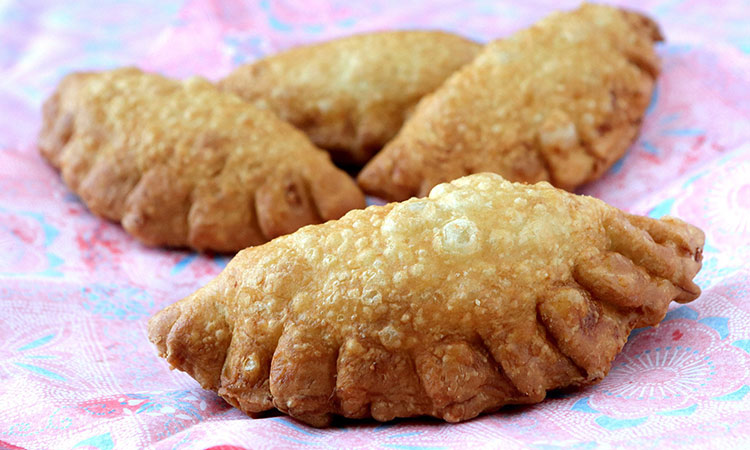 Empanadas — those familiar, golden, hand-held pies — are popular throughout Central and South America, from Mexico to the southernmost tip of Argentina.

But in Chile, they are something of an obsession. You could call empanadas the national dish of Chile, and no one would argue with you.

These empanadas are simply glorious. You can easily see why they are such a comforting part of Chilean culture. They are so irresistible, it is tempting to move to Chile just for the empanadas.

But why go to all that trouble when you can make them yourself?

In a large bowl, sift together flour, baking powder and salt. Stir to combine. Cut in lard with pastry blender or 2 knives until mixture resembles crumbs (alternatively, melt lard and stir it in). Add water, a little at a time, and stir together or use your impeccably clean hands to mix until dough just comes together; you may need to use less or more water. Knead briefly until smooth. Cover and refrigerate 20 minutes. Both the dough and the uncooked empanadas can be frozen. 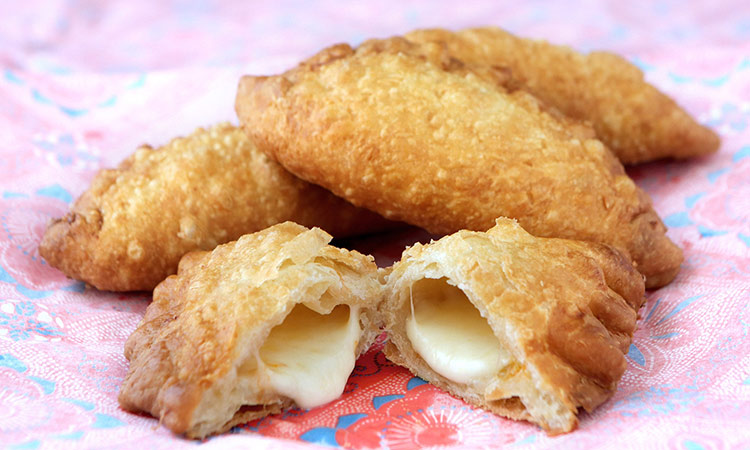 24 ounces shredded cheese that easily melts, such as mozzarella or muenster, or a combination of cheeses

1. Cut empanada dough in half. Cover half with plastic wrap and return to refrigerator. Roll out dough to a thickness of about 1/8 inch. Use a bowl or similar implement to cut out 6 uniform circles of dough, ideally about 7 inches in diameter.

2. Place a few tablespoons of cheese on half of one circle, leaving a border of 1/2 inch. Brush water around the border. Fold half of circle over the filling and press to seal tightly. Crimp border or press with fork tines. Repeat process with remaining dough, including dough in refrigerator.

3. Pour oil into large pot over to a depth of a few inches. Heat over medium-high heat to 350 degrees. Carefully fry empanadas in small batches until golden brown, a few minutes. Drain on paper towels and serve warm. 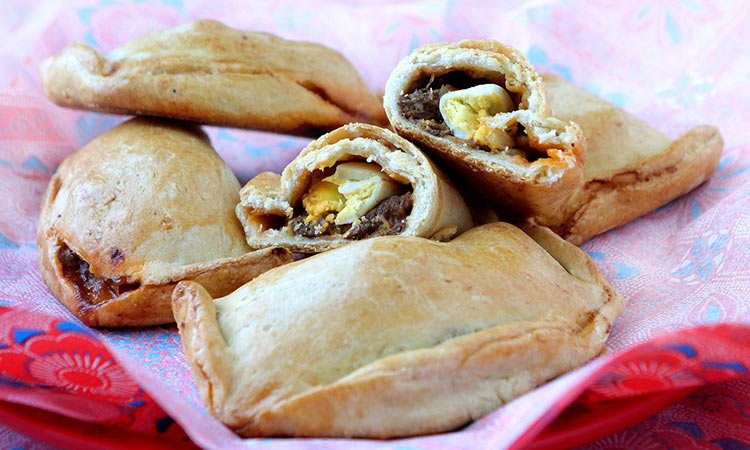 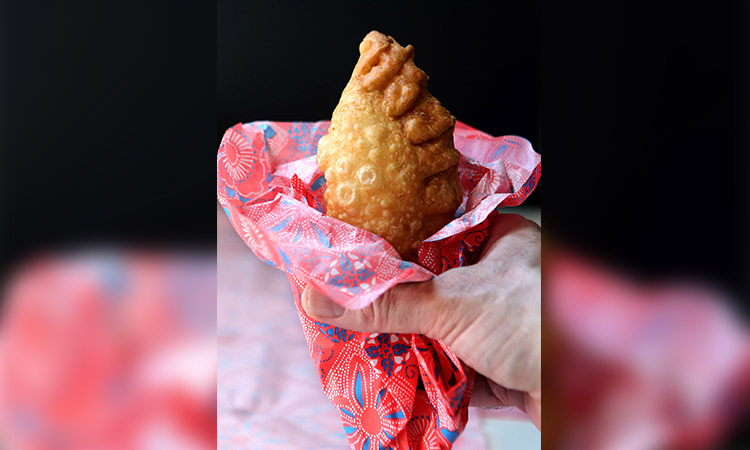 Note: This recipe is best if filling can rest overnight.

1. Heat oil in a skillet over medium-high heat until shimmering. Add onion and sauté until translucent, 3 to 5 minutes. Stir in cumin and paprika until all the onions are colored by the mixture. Add the beef and the salt. Season well with pepper. Cook until beef is done, a few minutes. Stir in olives and raisins.

2. Add broth and water, and bring to a boil. Stir in flour and cook, stirring occasionally, until sauce is thickened and no longer tastes like flour. Taste for salt and pepper. If possible, refrigerate overnight.

3. If baking the empanadas, preheat oven to 350 degrees.

4. Cut empanada dough in half. Cover half with plastic wrap and return to refrigerator. Roll out dough to a thickness of about 1/8 inch. Use a bowl or similar implement to cut out uniform circles of dough, ideally about 7 inches in diameter.

5. Place a couple of tablespoons of filling on half of one circle, including 1 olive, leaving a border of 1/2 inch. Add one wedge of hard-cooked egg. Brush water around the border. Fold half of circle over the filling and press to seal tightly. Fold over the pressed sides to form a rectangle. Repeat process with remaining dough, including dough in refrigerator.

6. If desired, whisk together egg and milk and brush on top to make a glaze (do this only if baking the empanadas, not frying them). Bake until golden brown, about 30 to 35 minutes; or fry in small batches for a few minutes in 350-degree oil until golden brown. If fried, drain on paper towels.