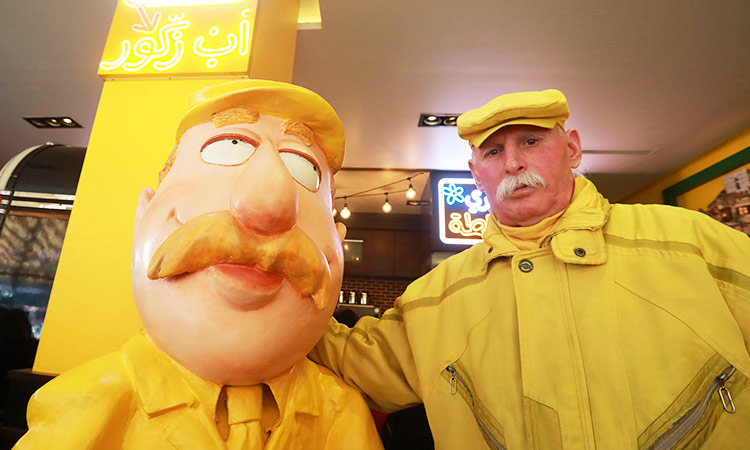 ALEPPO: Dressed in yellow from head-to-toe, Abu Zakkour is hailed as part of the "heritage" of the northern Syrian city of Aleppo, along with its mediaeval citadel and its ancient covered markets.

Now, Aleppo's so-called "Yellow man", says he is eyeing an entry into the Guinness Book of World Records.

"I have worn yellow since 1983. All my things are yellow: my clothes, my mobile phone, my pillow, my watches.

"I really love its flair."

A crowd gathers around him in Aleppo's central Saadallah al-Jabiri square, where young men and women pester him for pictures.

Abu Zakkour says he has grown accustomed to the fanfare."It takes me more than four hours to cross a nearly one-kilometre-long road because so many people stop me for pictures," he says.

Dressed in yellow from head-to-toe, Abu Zakkour is hailed as part of the "heritage" of the northern Syrian city of Aleppo.

The widower and father of three lives alone in a small apartment in the city.Here too, the eye-catching splash of yellow is everywhere: Yellow underwear hangs from his balcony. Inside his house, bright shoes, chairs and tables make for a sunny interior.

His wardrobe is also crammed with variations of yellow. "I have a hundred items of clothing in yellow: pants, hats, shirts, glasses and ties," he says, opening the doors of his closet.

"I struggled a lot to collect this fortune, and I don't think anyone could have done what I did," says the retiree who declines to give his full name.

'The Trump of Aleppo'

His "secret", he says, will be divulged in his dying will. 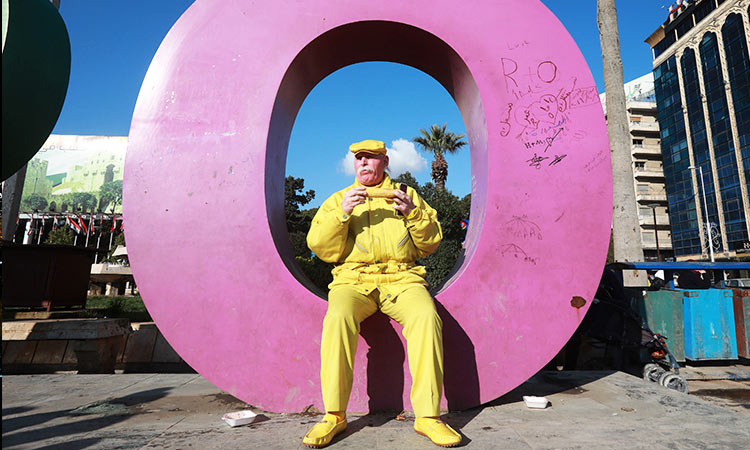 Yellow man eats a corn cob in the public.

"The Trump of Aleppo", he wrote in Arabic above the statue, referring in particular to the American president's hair colour.

As does a photo of the mediaeval citadel of Aleppo, a UNESCO world heritage site.

"Abu Zakkour is part of Aleppo's heritage, so we placed (his statue) near the symbols of the city.

Customers crowd around Abu Zakkour as soon as he enters the restaurant.

He stands in front of his statue, smiling proudly, as people ask for photos.

His popularity, however, has not always worked in his favour.

When eastern Aleppo was under rebel control between 2012 and 2016, Abu Zakkour was detained by fighters on charges of having conspired with government forces, he says.

At the time, a video circulated on social media networks purporting to show him being interrogated and harassed by rebels inside a car.

Despite the ordeal, he never took off his yellow clothes, he says.

"I will continue to wear these clothes until I die."