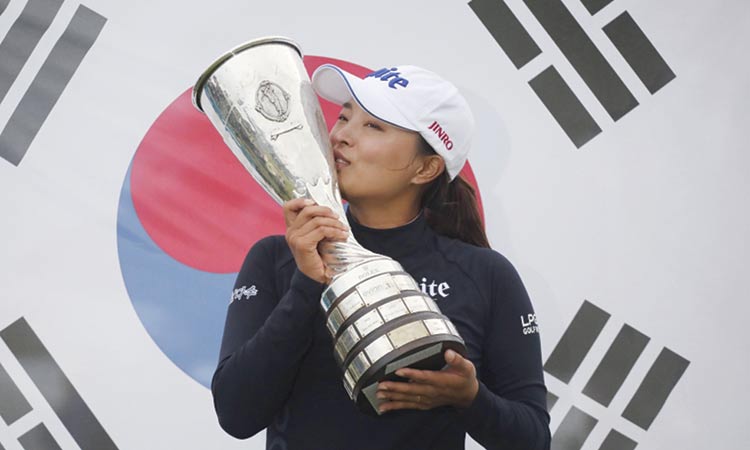 World number one Brooks Koepka birdied three of the first six holes on the way to winning his first career WGC title Sunday at the St. Jude Invitational.

Koepka outclassed third-ranked Rory McIlroy in a last-duo duel of four-time major champions, their first ever pairing in a final round, for the victory at TPC Southwind in Memphis, Tennessee.

Meanwhile, Matthew Fitzpatrick sealed his place in the season-ending DP World Tour Championship after jumping into the top ten of the European Tour’s Race to Dubai with his tied fourth place finish at St Jude.

The Englishman had led the star-studded field after two rounds when he recorded the lowest World Golf Championships round of his career with a six under par 64. But the 2016 DP World Tour Championship winner missed out on a sixth European Tour title after posting back-to-back 69s to finish five shots adrift of champion Brooks Koepka.

The 24 year old collects 382 Race to Dubai points to jump from 15th to ninth in the Race to Dubai Rankings which seals his spot at the European Tour’s season-ending tournament at Jumeirah Golf Estates in November.

Winner of the title Koepka said: “It’s so special. It gives me chills thinking of it.

“It’s one of my favourite stops on the tour and to win here is very special for me.”

Koepka, who defended a major title at this year’s PGA Championship, fired a bogey-free five-under par 65 to finish on 16-under 264 after 72 holes and defeat American Webb Simpson by three strokes.

The 24-year-old, who captured the ANA Inspiration earlier this season, fired a final round 67 for 15-under for the championship and a two-shot victory.

Ko had been four shots off the lead overnight but she mastered the rain and cold at the Alpine venue, carding just one bogey on Sunday.

Third round leader and compatriot Kim Hyo-joo, China’s Feng Shanshan and Jennifer Kupcho of the United States finished tied for second on 13 under par.

“I thought last night I can do it. If I play really good I can win. I never saw the other players shots or scores, so I got the win,” said Ko who also returns to the world number one spot after her 269 score for the four rounds.

It was her third title overall for 2019 and she becomes the first multiple-major winner in the same season since Inbee Park in 2015.

Ko will have little time to dwell on her success with the Women’s British Open due to start at Woburn on Thursday.

A 20-foot birdie putt on the 17th hole gave Ko a two-stroke cushion going to the par-5 18th and she played it comfortably for a two-putt par that sealed the win.

Kupcho may have played her way into the USA’s Solheim Cup team with a bogey-free 66.

Ariya Jutanugarn eagled the 18th hole to finish at 273, one stroke better than her sister Moriya and Park Sung-hyun Park. On 275 were Park In-bee and Megan Khang.

Meanwhile, American Collin Morikawa birdied the final three holes on Sunday to win his first US PGA title at the Barracuda Championship in only his sixth start as a tour professional.

The 22-year-old, who graduated from the University of California in May, finished on 47 points, three more than US runner-up Troy Merritt in the only US tour event that uses the Modified Stableford scoring system.

The former world amateur number one made his pro debut at last month’s Canadian Open, shared second three weeks ago at the 3M Open and shared fourth two weeks ago at the John Deere Classic to secure a spot on next season’s tour.

“It was something really special to finally get the win,” Morikawa said.

“I think the gates are open. I’ve been knocking on the door the past month or so. I’ve been playing well. I just believed in myself, was able to make some shots and come through.”

Under the unique format, eight points are awarded for an albatross, five for eagle, two for birdie and zero for par, and a point is deducted for bogey with three deducted for double bogey or worse.

Morikawa birdied seven holes, including four of the last five, without making a bogey to score 14 final-round points for the victory at Montreux Golf and Country Club in Reno, Nevada.