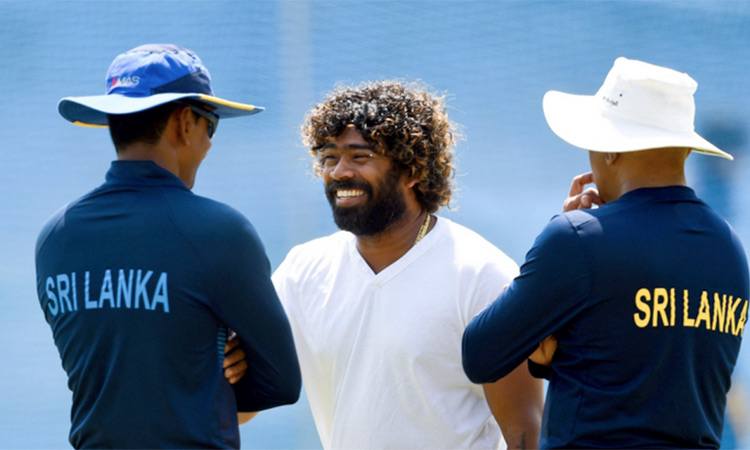 “I think he is a great ambassador of this game,” Tamim told reporters on Thursday in Colombo, adding that Malinga’s achievements were “extraordinary”.

“Tomorrow is a special game for him. But one thing is for sure -- when we play against him we will not keep it in our head that it will be his last match and will try to play as hard as possible.

“We will try to win the game for Bangladesh.”

The match also holds special meaning for Tamim, who will make his debut as 14th ODI captain for Bangladesh with Mashrafe Mortaza out injured.

He will lead a new-look team that will also miss the services of star all-rounder Shakib Al Hasan, wicketkeeper-batsman Liton Das and all-rounder Mohammad Saifuddin.

Shakib, who made 606 runs and grabbed 11 wickets, has been rested alongside Liton while Saifuddin was ruled out with a back injury.

“My captaincy was a last-minute call because our regular captain got injured the night before we travelled. But whatever the opportunity I get, I always try to make the best use of it,” Tamim said.

“I already spoke to the players and explained them their role in the team and what we were expecting from them... when we go to play we will try to execute the plan.”

The second and third matches will be held at the same venue on July 28 and 31.

Earlier, veteran Sri Lankan star Lasith Malinga said Thursday he was “very happy” to make way for younger players as he calls time on his illustrious 15-year career in the 50-over format.

Malinga will play his final one-day international in Colombo Friday in the first of three ODIs against Bangladesh, but hopes to continue playing in the shorter T20 format.

“I am very happy to leave at this time. This is an opportunity for new players to prove themselves and prepare for the next World Cup,” Malinga, 35, told reporters Thursday at the team’s final training session.

“We may have had some setbacks, but we have the capability to win another World Cup,” he added, pointing to Sri Lanka’s success at the 1996 World Cup and 2014 T20 World Cup.

Malinga -- known for his trademark blond-highlighted mop and piercings -- called on cricket administrators to be patient with up-and-coming stars and let them develop ahead of the next ODI World Cup.

Two days ago, Malinga posted a video message on his wife’s Facebook page saying he felt no ill will towards officials and players who may have tried to push him out of the ODI team.

He said he was sidelined by selectors two years ago but was able to prove his value at the recent World Cup, where he took four for 43 in Sri Lanka’s group-stage win over eventual champions England.

Malinga has his sights on next year’s T20 World Cup in Australia, and Sri Lanka’s cricket board confirmed he would be available for selection for the T20 squad.

Malinga is leaving as Sri Lanka’s third-highest wicket-taker in ODI cricket with 335 wickets in 219 innings so far since his first ODI against the United Arab Emirates in 2004.

Only Muttiah Muralitharan (523) and Chaminda Vaas (399) have taken more wickets than Malinga in ODIs for Sri Lanka.

He was Sri Lanka’s highest wicket-taker at the World Cup, claiming 13 scalps in seven innings.

Malinga retired from Test cricket in 2011 but continued to remain available in other formats.

Meanwhile, the Pakistan Cricket Board has announced that its cricket committee will meet at the National Cricket Academy on Aug.2 to review the performance of the men’s and the women’s team.

According to a PCB statement, the committee will also review the performance of U16 and U19 teams.

After reviewing the performance, the committee will also make recommendations to PCB Chairman Ehsan Mani.