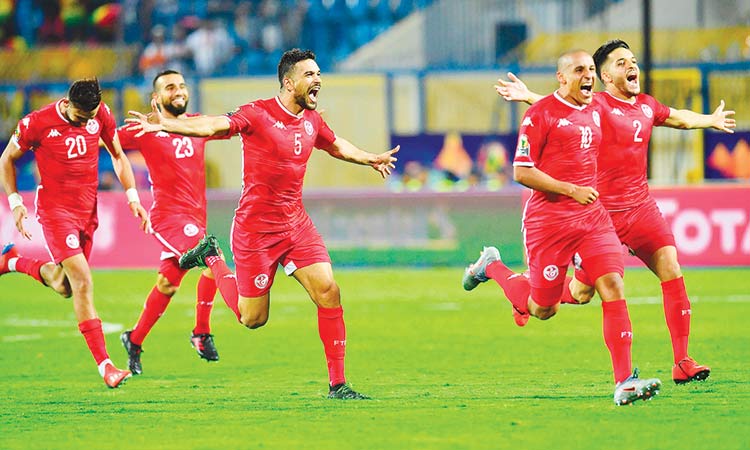 Tunisia’s players celebrate their win over Ghana during their CAN Round of 16 match on Monday. Agence France-Presse

Ismailia: Tunisia’s Ferjani Sassi converted the decisive spot-kick as his team edged Ghana 5-4 on penalties on Monday to end a 54-year Africa Cup of Nations losing run against the Black Stars.

After a 1-1 draw following extra time in Ismailia, Tunisia scored from all five penalties while Ghana substitute Caleb Ekusan had his attempt saved by Farouk Ben Mustapha, who came off the bench especially for the shootout.

Victory was sweet for Tunisia as they had lost six times to Ghana in the African football showcase from 1965 after drawing the first meeting between the nations two years earlier.

On Thursday, the Carthage Eagles play giantkillers Madagascar in a quarter-final in Cairo with the winners meeting Senegal or Benin for a place in the July 19 final.

Losing on penalties ended a Ghana run of six consecutive top-four finishes in the Cup of Nations and puts the future of coach Kwesi Appiah in doubt.

Tunisia coach and 1980s France star Alain Giresse reacted to their draw with minnows Mauritania in their previous match by dropping four of the team.

A big surprise was the exclusion of forward Wahbi Khazri, the team’s outstanding Tunisian attacker in the group phase and scorer of one of their two goals.

The first half was a cagey, even affair, with Ghana coming close to scoring on 16 minutes when a Kasim header struck the post and Andre Ayew fired the rebound straight at goalkeeper Hassen Mouez.

Midway through the second half Giresse sent on Khazri in place of Badri.

Khazri needed just five minutes to make an impact with his brilliant backheel creating space for Wajdi Kechrida to cross and Khenissi scored with a shot that went in off the near post.

In the first minute of stoppage time, the Blacks Stars drew level when an attempted headed clearance by Bedoui looped over Mouez, who had strayed off his line. 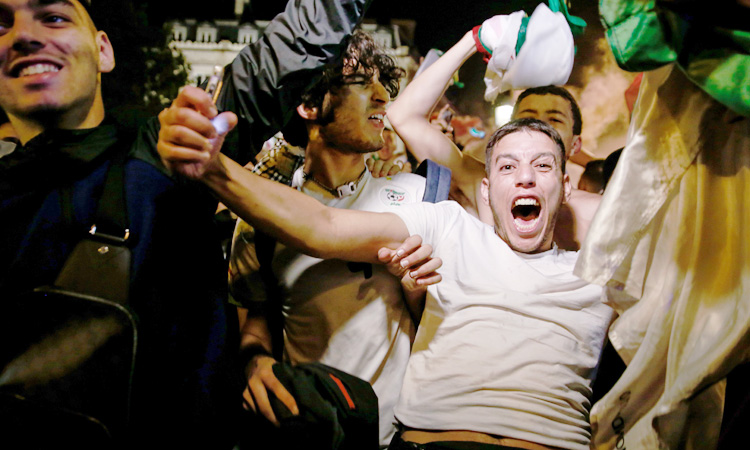