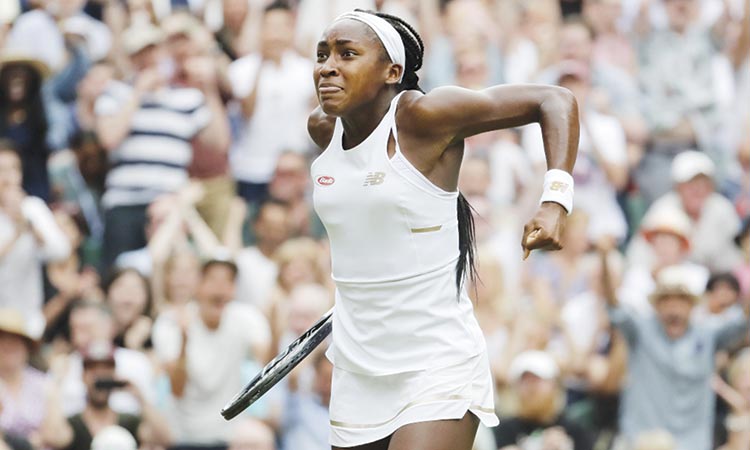 Connor, who reached the rank of Sergeant-Major after 23 years service largely in the Intelligence Corps, and his fellow scarlet-coated former servicemen made sure they got their share of photographs with 15-year-old Gauff following her courageous three-set win in her third round match.

The Chelsea Pensioners, who total around 300, both men and women and reside at the Royal Hospital Chelsea in a fashionable area of London, are a traditional presence at Wimbledon as well as home matches for Chelsea football club.

However, his highlight for the day was to watch Gauff on Centre Court.

"There is obviously a lot of hype around her and her age and the fact she did well against Venus Williams," said Connor.

"But it is great to see the future at that age competing with seniors who were youngsters themselves once and seeing what the next generation will be like."

Connor, London-born but who was paying his first visit to Wimbledon as he served abroad from the age of 17 to 60, was not so sure he would get to have a selfie with Gauff.

"I will have a lot of competition!