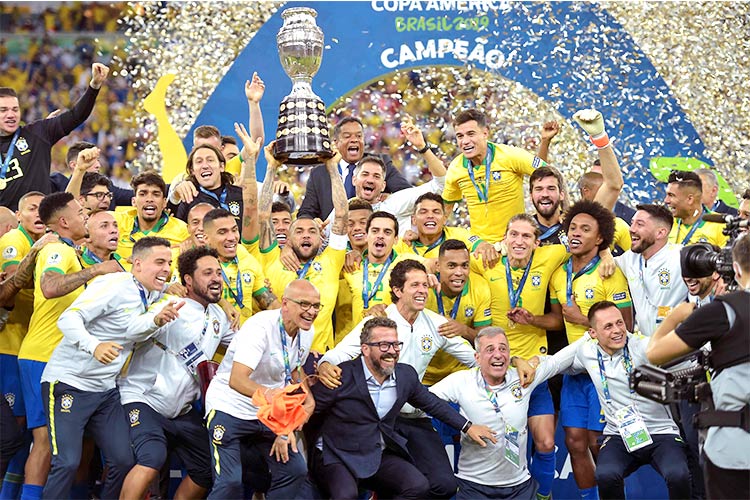 Brazilian players celebrate with the trophy after winning the Copa America title. AFP

Hosts Brazil beat Peru 3-1 to win the Copa America at the at Rio de Janeiro's Maracana stadium on Sunday.

Brazil's Gabriel Jesus made one goal, scored another and was sent off in the second half as they beat Peru 3-1 on Sunday to win the Copa America for the ninth time in a pulsating contest at the Maracana stadium.

The hosts took the lead against the run of play after 15 minutes when Gabriel Jesus bamboozled two defenders on the right flank and crossed for the unmarked Everton to fire home from close range. 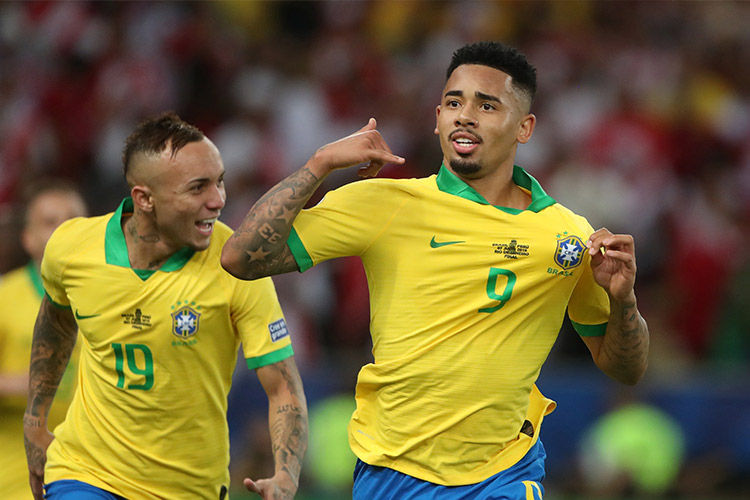 Brazilian fans took to the streets of Rio de Janeiro to celebrate the victory over Peru.

Peru equalised a minute before halftime when Paolo Guerrero scored from the penalty spot after Thiago Silva was adjudged to have handled the ball, but Gabriel Jesus restored their lead just moments later to put the home side 2-1 up at the break. 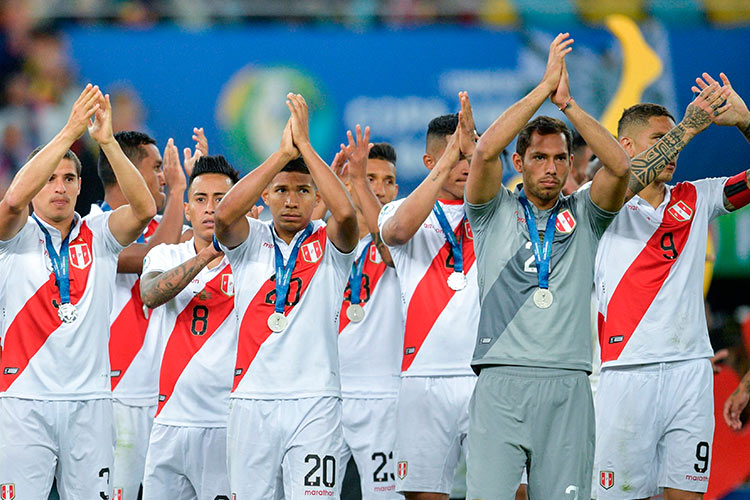 Players of Peru acknowledge the crowd at Maracana Stadium. AFP

Coaches, Brazil’s Tite and Peru counterpart Ricardo Gareca made no changes to their teams for the final.

Both aligned the exact same starting XI line-ups that played in the semi-finals earlier in the week.

Everton, Roberto Firmino and Gabriel Jesus were up front for hosts Brazil, while Peru's veteran captain Palo Guerrero led the line the side.