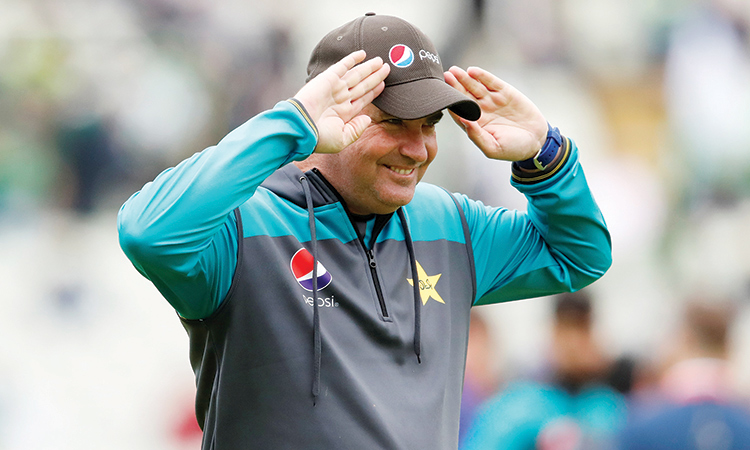 London: Head coach Mickey Arthur is desperate for Pakistan to have their World Cup destiny in their own hands when they play Bangladesh on Friday.

England’s victory over India on Sunday made it harder for Pakistan to reach the semi-finals and another win for the host nation against New Zealand on Wednesday would effectively end Pakistan’s chances of qualifying from the round-robin stage.

“How they (India) played, again that’s the issue which we can’t control,” said Arthur.

“Obviously, I was following the game intently and was disappointed that India did not get up because that would have opened the door for us.

“Now all we want is to get to Friday with a real opportunity and our destiny in our own hands.”

Pakistan hope New Zealand can recover from two straight defeats to beat England at Chester-le-Street, which would open the door for Pakistan to reach the semis by beating Bangladesh at Lord’s on Friday.

“I just hope New Zealand get it done for us,” said Arthur, whose team have nine points, one behind England and two behind New Zealand, with one match to come for each side.

“If New Zealand don’t (win) then we hope England win by a big-enough margin and then we calculate what we have to do with our net run-rate, which I think is probably too much.”

Pakistan had a disastrous start to the World Cup when they were shot out for a paltry 105 by the West Indies, who chased down the target in just 13.4 overs.

“I think when we look back in the tournament the thing that really haunts me is the defeat against the West Indies,” said Arthur of the seven-wicket loss in Nottingham.

“That was the game, right at the start of the tournament. We should have fired right at the start but we didn’t and it hurts now.” Pakistan shocked England in their second game but Arthur said a washout against Sri Lanka in Bristol sapped their momentum.

“We had the momentum straight after the England win and then to have a washed-out game meant we almost had to start all over again and train indoors, so it was disappointing.”