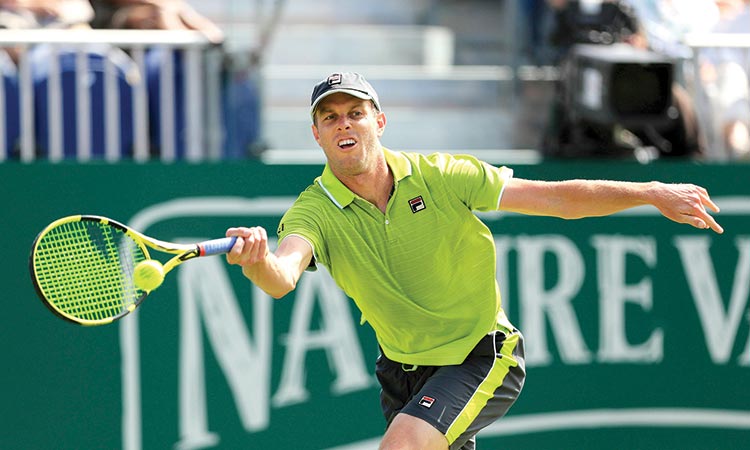 EASTBOURNE: Britain’s Kyle Edmund lost in straight sets to big-serving American Taylor Fritz in the semi-finals of the Nature Valley International at Eastbourne.

The 24-year-old was bidding to reach his first final since winning the European Open in October.

Earlier, 2017 champion Karolina Pliskova of the Czech Republic has made her way into the women’s final for the third time in the last four years after dispatching Kiki Bertens of the Netherlands, 6-1, 6-2, in a swift semifinal encounter.

Pliskova and Bertens, two Top 5 players who are the ace leaders on the WTA this season, had evenly split their four previous meetings, although Bertens had won their last two tilts -- one of which being their only prior clash on grass, in the fourth round of Wimbledon last year. Nevertheless, Pliskova claimed a commanding, 56-minute win at Eastbourne on Friday.

“I think I was just playing much better than last year, more free, and just went for it a little bit more,” Pliskova said, during her post-match press conference.

The victory continues a stellar run for second-seeded Pliskova at Eastbourne this week, as the World No.3 has not dropped a set thus far. The Czech hit 21 winners to just seven unforced errors during the semifinal, and never faced a break point en route to her victory.

Pliskova will meet reigning Wimbledon champion Angelique Kerber of Germany in the final. No.4 seed Kerber, a two-time Eastbourne runner-up seeking her first Nature Valley International title, moved into the championship match after her semifinal opponent, Ons Jabeur of Tunisia, withdrew from their match due to injury.

Kerber leads their head-to-head 7-4. The German also won their only prior match on grass, the Birmingham final in 2015, which was decided by a final-set tiebreak.