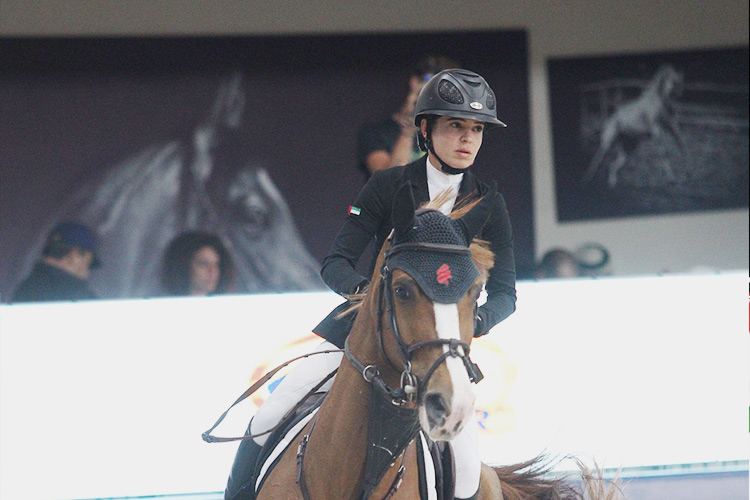 Nadia Taryam during a practice session.

Known for her consistent performances, top Emirati rider Nadia Taryam is training hard in Germany with the UAE team for the Nations Cup scheduled to be held in Rabat, Morocco, from Oct.10-13. The Rabat event also serves as an Olympic qualifier.

Nadia, whose endless list of accolades includes success in both domestic and international events, says the team are determined to fly the UAE flag high at the qualifier.

“Our goal is to be ready for the competition in Morocco in October. We are working hard to prepare our horses -- to get them ready over the summer so that they can be in their best form for the competitions during that period,” said Nadia, who was part of the UAE team that competed at the 2018 Asian Games in Jakarta, Indonesia.

Nadia said: “Representing my country has been a dream for me. I am looking forward to competing and performing well enough to raise my country’s flag high at the international venue, and to shine a light on how women’s sports in the UAE have advanced.”

This time the Nations Cup finals in Barcelona in October is clashing with the Olympic qualifier in Morocco -- only a week separates the two competitions.

The UAE have qualified for the Nations Cup final two years in succession, and the team is brimming with the confidence to make a third appearance in Barcelona in October.

The UAE won the Nations Challenge Cup in 2017 for the first time but failed to replicate it last year.

Nadia is one of four riders in the UAE’s Nations Cup team along with Marri, Sheikha Latifa and Abdullah Al Muhairi.

The UAE won the Nations Challenge Cup in 2017 for the first time but failed to replicate it last year.

Sheikha Latifa Al Maktoum is the only Emirati rider to qualify for an Olympics (Beijing 2008).

Nadia will also be participating in the Equestrian Summer Circuit at Wiener Neustadt, Austria and the Samorin International Equestrian Congress in Slovakia.

Nadia started riding horses at the age of four at the Sharjah Equestrian and Racing Club. She continued riding as a hobby until 2014, when at the age of 10 she turned professional as a member of the Sharjah Women’s Sports Club and started competing in tournaments and sporting events around the country.

She termed winning the Abu Dhabi Grand Prix in 2014 as one of her career milestones.

Commenting on Nadia’s preparations, Nada Askar Al Naqbi, Director General of SWS, said Emirati sportswomen had stepped up their game with their outstanding achievements at the local and regional levels, and were now reaching for international laurels. She pointed out that Nadia had the talent and determination to represent her country at the upcoming Olympic qualifying event in Rabat.

“With every participation in a regional or international event, we are prouder of our female athletes and foresee a prosperous and bright future for them and women’s sports in the Sharjah and UAE. Women of the UAE are blessed with a nurturing environment that supports and enables them to realise their potential and attain their goals in various sports. 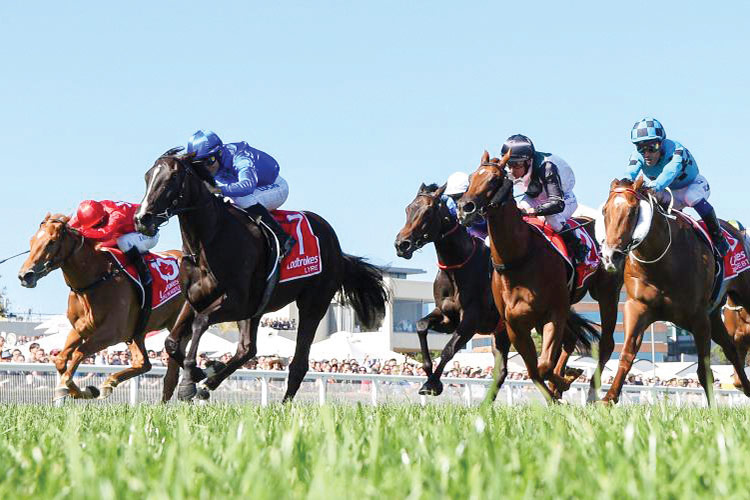 Lyre, the 2019 G1 Blue Diamond Stakes winner, hasn’t won since that success, but co-trainer Sam Freedman is satisfied she can amend the record. 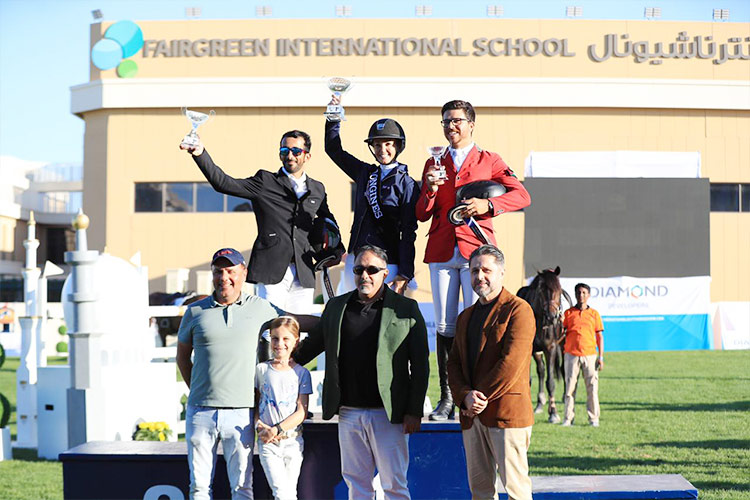 Around 200 riders representing different countries took part, doubling the number from the 2019 edition of the show and consolidating the year-on-year success of the event on a regional and international scale.