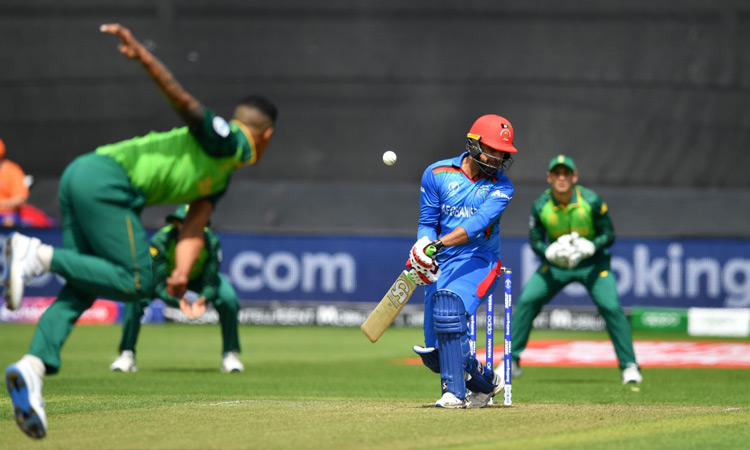 South Africa won the toss and chose to bowl in their must-win World Cup match against Afghanistan in Cardiff on Saturday.

The Proteas, missing the injured Dale Steyn, suffered defeats against England, Bangladesh and India before picking up a point from a rain-ruined match against the West Indies in Southampton.

Afghanistan are also winless and were bottom of the 10-team table before the match, one place below South Africa.

South Africa were unchanged from the team that started the match against the West Indies, which ended in a no result.

Afghanistan made one change, bringing in former captain Asghar Afghan in place of Najibullah Zadran.

"Chasing when there is rain around generally gives you a better indication of what to do," said South Africa captain Faf du Plessis.

"We have played hardly any cricket so there is no need to make any changes. We've had a lot of rain which hasn't been ideal but we've had some good team chats."

Afghanistan skipper Gulbadin Naib said: "We would have had a bowl as well but we have had a good four days of practice here."