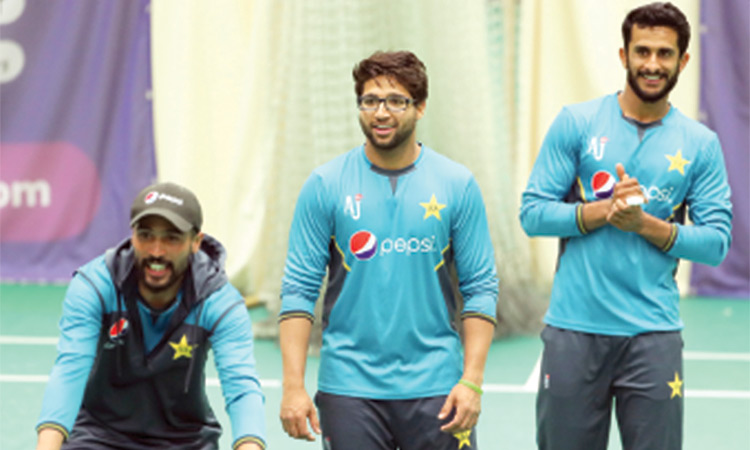 On the eve of the marquee India-Pakistan clash at the World Cup, India captain Virat Kohli said on Saturday that while Mohammad Amir remained a threat, his team will focus on the other bowlers as much as on the left-arm speedster.

“I am not going to say anything for TRPs,” Kohli said in the pre-match presser on Saturday.

“Only the white or red ball matters to me, regardless of who the bowler is. As I had said earlier for (Kagiso) Rabada before the South Africa match, you have to respect any bowler’s skill set. At the same time, you should have faith in your ability to score against any bowler,” he said.

“And it isn’t like the match will be won or lost on the basis of whether I score well or he (Amir) takes a lot of wickets. The other 10 players also have to play well from both sides for getting a result. In my mind, I don’t have any competition with one particular player and I don’t see any need for me to prove myself against anyone. For me it is simple, if you don’t play well then even a part-time bowler can get you out,” Kohli said.

The last time India played Pakistan in an ICC tournament was at the 2017 Champions Trophy when Amir wiped out the mighty Indian top order comprising Shikhar Dhawan, Rohit Sharma and Kohli inside the first nine overs. India went on to lose the match by 180 runs.

While Amir’s form took a dip since then, he seems to have returned to his destructive best in the ongoing World Cup, recording his career best ODI figures of 5/30 in Pakistan’s previous game against Australia.

Kohli also did not disclose whether India will go with the same bowling combination as in the previous two matches or go for an extra pace option. “We will consider different combinations depending on the conditions. If extra pace is an option, we will consider it. If it is a shortened game, we will consider it as well,” he said. Kohli said that despite the hype surrounding the much-awaited fixture, the mood in the dressing room was the same as it would be for any other game.

“It doesn’t get more exciting,” said Arthur on the eve of the match. “I am telling our players in the dressing room, you could be a hero tomorrow.

“Your careers are going to be defined by a moment in the game. You do something incredible tomorrow, you’ll be remembered forever.”

Arthur has already guided Pakistan to one famous victory over India in the Champions Trophy final two years ago and knows what to expect from the biggest clash in cricket.

But there is even more pressure on Pakistan to deliver as after winning just one of their opening four games of the tournament, a third defeat could be fatal to their chances of progressing to the semi-finals.

“Obviously, there’s a massive hype that’s created a lot of time by the media really,” said Arthur of the media war across the border with mocking television advertisements.

“There’s always pressure in any game, and these games carry exactly the same amount of points.”

Arthur is hopeful of repeating the early flood of wickets taken by Mohammad Amir in the Champions Trophy final.