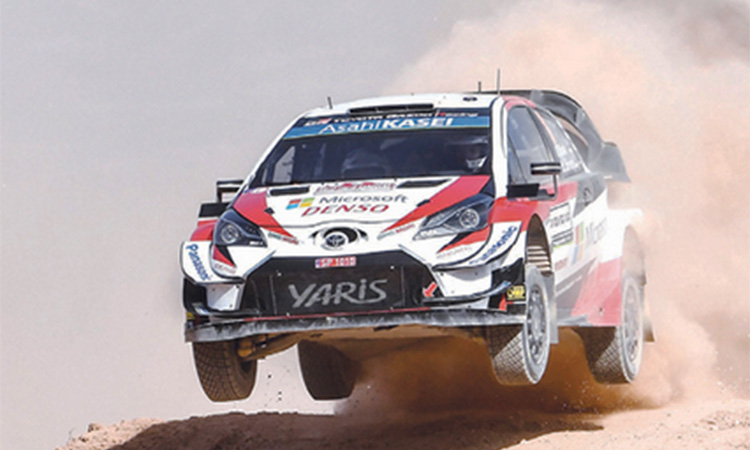 Ott Tanak in his Toyota during the Shakedown stage of the Rally of Sardinia near Olmedo on Thursday. Agence France-Presse

Estonia’s Ott Tanak returns to the scene of his first podium and world championship win at the Rally of Italy on Sardinia this weekend with the Toyota driver looking to notch up a third straight win this season to keep the pressure on world champion Sebastien Ogier.

The 31-year-old Tanak claimed his first podium on the Mediterranean island back in 2012 and his first world rally championship win in Sardinia five years later.

After a complicated start to the season Tanak, third overall in the past two seasons, has gotten “back in the fight” with wins in the last two rallies in Chile and Portugal.

Three wins from seven races have made up for his disappointing sixth place in Corsica after a puncture and eighth in Argentina following mechanical problems.

But the Estonian has now moved to within two points of six-time world champion Ogier.

At mid-season, it’s a tight battle between the top three with Citroen’s Ogier leading with 142 points, two ahead of Tanak with Belgian Thierry Neuville third ten points adrift of the leader.

Tanak wants to keep the momentum going but knows that both he and his Finnish teammate Jari-Matti Latvala suffered setbacks on the island last year.

Ogier, 35, will open the road on Friday, in a race he won three consecutive times from 2013-2015 while driving for Volkswagen.

“To start first in Sardinia is almost like putting a cross from the outset on victory,” lamented the Frenchman.

“So I’m expecting a difficult weekend,” continued Ogier who nevertheless believes his Citroën has “progressed recently” and he “had good feelings in Portugal” in early June.

“Sardinia is one of my favourite events,” said the Belgian, “and my driving style and note-taking system are perfect”.

“Nicolas (Gilsoul, his co-driver) and I have always felt comfortable and we have had great success in the past,” added the two-time winner.

The 19 special stages -- of which 310.52km are timed -- will be raced in the north around the Alghero national park.

On the menu, narrow dirt roads lined with stones and shrubs that severely punish mistakes.

Ruts that get deeper with each passage and the searing temperatures will further complicate the task for competitors.

After a short special on an old motocross track Thursday night, driver will get down to business on Friday with two passages on four special stages.

Saturday will be particularly gruelling with three specials, two of which are almost 30km long, to be covered twice. 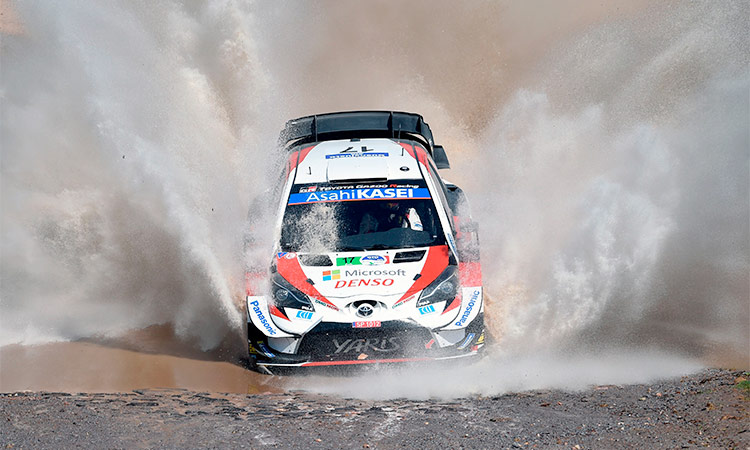 Frenchman Sebastien Ogier emerged from the dust of day two on the Mexico Rally after watching key rival Ott Tanak suffer a damaged axel on a tough day of racing in the gravelly hill roads outside Guanajuato that left one car a burnt-out wreck.