Winning matters more than respect to Bangladesh, says Mortaza ahead of SL tie 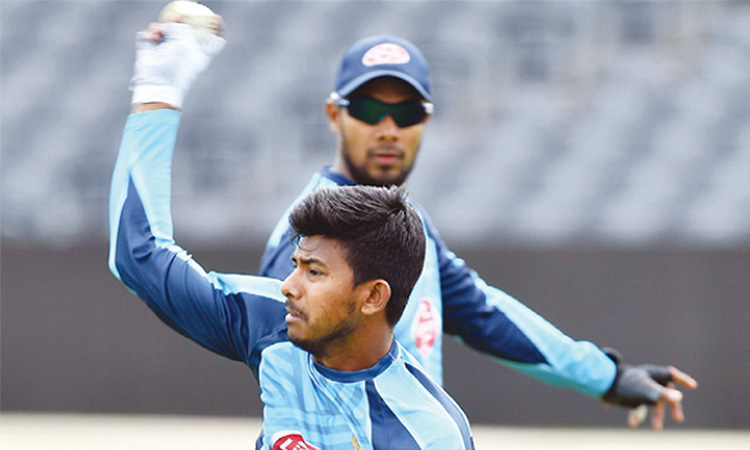 After two consecutive defeats, Bangladesh will look to return to winning ways when they face a depleted Sri Lanka in their fourth World Cup game at the Bristol Cricket Ground on Tuesday.

The Bangla Tigers, after making a perfect start to their World Cup campaign against South Africa, faced back to back defeats against New Zealand and England and are low on confidence.

Apart from the first game against the Proteas, the Bangladesh batting has not been consistent and it has only been all-rounder Shakib Al Hasan who has been able to perform. None of their other batters have been able to maintain consistency and have failed to cope with the scoreboard pressure. Their openers, Soumya Sarkar and Tamim Iqbal, have not been able to provide the starts that the Bangladeshi fans would be hoping for, something which Mashrafe Mortaza will desperately want.

Mortaza says can live without the respect of his opponents so long as his side are winning matches at the World Cup.

The Tigers launched their campaign with an impressive win over South Africa but afterwards Mashrafe was annoyed by suggestions the result constituted an upset.

“Do you think this was a surprise?,” he asked pointedly. “If we can deliver our best we knew what we could do. I’m sure some people don’t think well of our cricket. We are concentrating on our game and letting other people talk.

“I’m not worried about who is respecting us, I’m more worried about our performance,” Mashrafe told reporters in Bristol on Monday.

“Winning matches is more important for us. I don’t think respect is going to work in the 22 yards (of a pitch). It all depends on how we react on the ground.

“If we can win two points, this is more important than respect at the moment,” added the 35-year-old veteran paceman.

Bangladesh knocked England out of the group stage on the way to reaching the quarter-finals of the 2015 World Cup.

But this year’s format is different, with 10 teams taking part in a round-robin group stage that will see the top four qualify for the semi-finals.

“If you are asking all 10 captains this question, they will look to the semis, which is an honest call,” said Mashrafe as he answered a query about Bangladesh’s ambitions for this World Cup.

“Obviously we would like to be in the semis but right now, the calculation is difficult.

“But again I’d say it’s very much possible. We have to make sure we come back onto the winning track.”

However, Bangladesh’s major concern is their bowling which was taken for plenty by tournament favourites England in their previous encounter. They conceded a total in excess of 380 and were given a hard time on the field.

Sri Lanka will be looking for two crucial points after their last encounter was washed out against Pakistan. The Dimuth Karunaratne-led side started their tournament campaign on the worst possible note, conceding a 10-wicket defeat to New Zealand. However, it was their bowling which rescued them against Afghanistan in a rain-curtailed match which they just managed to win.

Batting has been one of the issues which Sri Lanka has been coping with in the initial phase of the ongoing tournament. They have suffered batting collapses and have not been able to play their full quota of 50 overs in all the completed matches.

In bowling, they will miss the services of Nuwan Pradeep who won them the match against Afghanistan. However, with the likes of Lasith Malinga, their bowling still finds an edge over Bangladesh.

Experienced all-rounder Mathews has yet to open his account after ducks against both New Zealand and Afghanistan while Mendis has scarcely been more productive with a nought in the defeat by the Black Caps followed by just two runs in a tense win over the Afghans.

Sri Lanka, whose last match against Pakistan was abandoned without a ball bowled, face Bangladesh in Bristol on Tuesday. “We have some experienced players in the middle with Kusal Mendis and Angelo Mathews,” Lewis said on Monday.

“They obviously haven’t quite fired yet but Afghanistan let us get away with that. I’m confident players of that quality will definitely come to the party soon.

“With Angelo you have to have faith in a guy who has done as much as he has over a long period of time and he tells me he is in a good place and good headspace.”

“I have no reason to doubt that the runs will come from him,” added Lewis of the 32-year-old all-rounder, who has scored two one-day international hundreds and 37 fifties.”