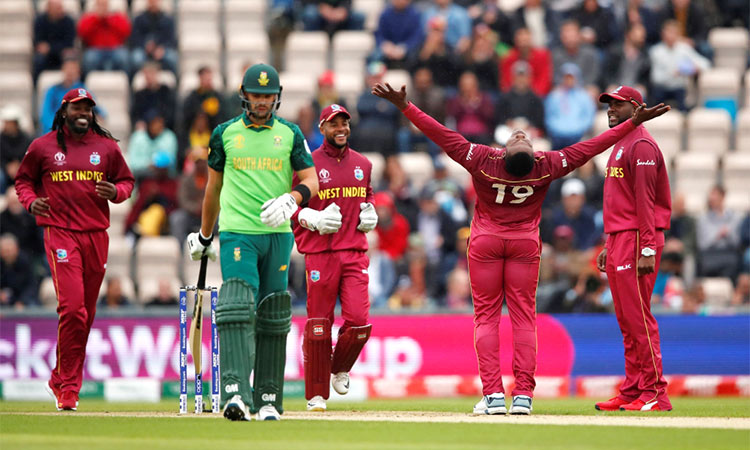 Faf du Plessis can take some positives out of a washout at the Cricket World Cup: South Africa picked up a point against West Indies to end a three-game losing streak.

And with it, the South Africans retained some hope of qualifying for the semifinals, despite originally estimating they'd need to win their last six group games to advance. The first of their remaining five games is against Afghanistan in Cardiff on Saturday.

Only 7.3 overs were bowled at Hampshire's Rose Bowl on Monday after West Indies skipper Jason Holder won the toss and sent South Africa in to bat, expecting the Duckworth-Lewis run-rate calculator to come into play with heavy rain on the forecast. 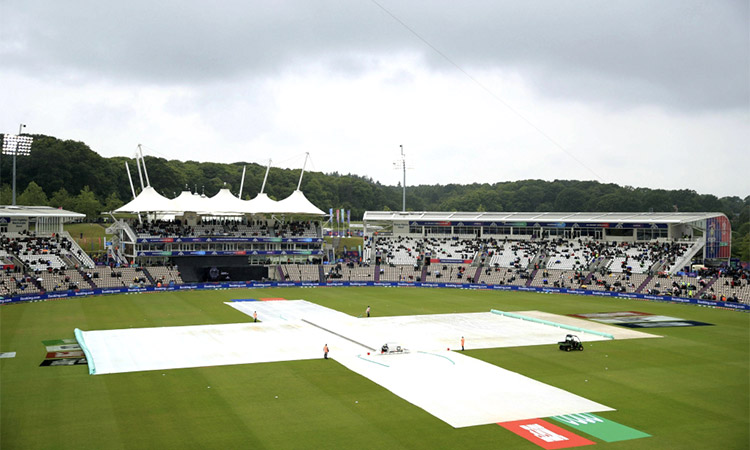 The covers go on as rain stops play during the match between South Africa and the West Indies. AP

West Indies paceman Sheldon Cottrell twice got to use his trademark wicket celebration — the military-style salute — when he had Hashim Amla (6) caught by Chris Gayle at slip and Aiden Markram (5) caught behind. South Africa was struggling at 29-2 when play was suspended and the wicket square covered.

South Africa opener Quinton de Kock was unbeaten on 17 and du Plessis was not out without scoring.

Rain continued intermittently and there was no further play.

The South Africans were hoping to turn around their campaign after losses to England, Bangladesh and India to open the tournament but didn't get the positive start they needed, with veteran Amla continuing to struggle.

The West Indies, meanwhile, were aiming for a second win in the tournament after opening with a commanding win over Pakistan and losing a tight contest to defending champion Australia.

They'll stay in Southampton to take on top-ranked England on Friday. The local weather forecast is for more rain but it is expected to clear by Friday.

It was the second washout of the tournament after the Pakistan-Sri Lanka match in Bristol last Friday was abandoned without a ball bowled.