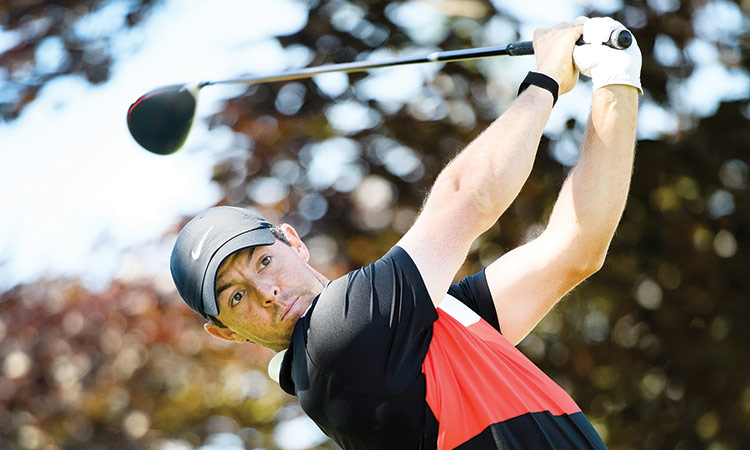 Rory McIlroy plays a shot during the third round of the 2019 Canadian Open on Saturday. Reuters

Ottawa: Matt Kuchar maintained a share of the lead and Rory McIlroy and Webb Simpson joined him after bogey-free rounds following the third round of the 2019 Canadian Open on Saturday.

McIlroy delivered the round of the day carding a six-under 64 to sit atop the leaderboard with Simpson and Kuchar at 13 under heading into the final round at the Hamilton Golf and Country Club in Hamilton, Ontario.

Northern Ireland’s McIlroy charged up the leaderboard with six birdies, including two over his last four holes, to reach a 13-under 197 total.

“That’s the first time in a while. I don’t know the last time I had a round without a bogey,” said McIlroy.

Simpson also shot a bogey-free round and consecutive birdies on the back nine to give him a three-under 67. Kuchar’s mixed round included three birdies and two bogeys for a one-under 69.

They are all part of a strong field at the Canadian Open which this year serves as the final tune up before the major championship US Open.

McIlroy, who is ranked fourth in the world, is making his tournament debut and has been improving with each round after shooting 67 and 66 on Thursday and Friday.

Crowd favourite Adam Hadwin, of Canada, Shane Lowry and Brandt Snedeker, who shot a 60 on Friday, are tied for fourth just one stroke back of the leaders. Lowry had a 66, Hadwin a 67 and Snedeker shot 69 on Saturday.

Hadwin is the top Canadian and is trying to become the first Canuck to win the event since Pat Fletcher in 1954. He is one of three Canadians in the top 12. Mackenzie Hughes (69) is at nine under and Nick Taylor (73) is at eight under.