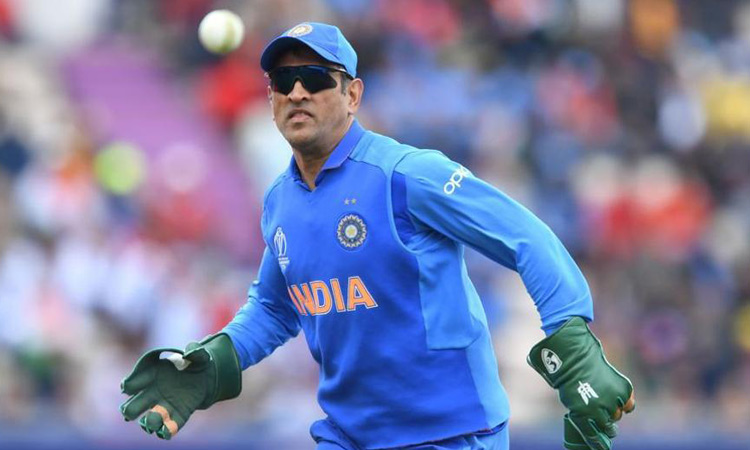 The ‘Balidaan Badge’ or the Indian army insignia, as seen in this photo, was spotted on M.S. Dhoni’s gloves during India’s opening match in the on going World Cup. AFP

Cricket's governing body insisted on Friday that India's M.S. Dhoni will not be allowed to wear an apparent military insignia on his World Cup wicketkeeping gloves.

Dhoni is an honorary lieutenant colonel in India's Parachute Regiment and the BCCI wrote to the International Cricket Council asking for clearance for their star to keep wearing the gloves.

But the ICC responded by saying in a statement: "The logo displayed by MS Dhoni in the previous match is not permitted to be worn on his wicket-keeping gloves.

"The regulations for ICC events do not permit any individual message or logo to be displayed on any items of clothing or equipment.

"In addition to this, the logo also breaches the regulations in relation to what is permitted on wicketkeeper gloves."

According to the ICC rules from the World Cup clothing and equipment regulations manual, only two manufacturer identifications can be sported at the back of each glove.

Also, the logos on the glove should not have a political or racial connotation of any sort.

The gesture by Dhoni gained widespread attention on television and on social media in India, with #DhoniKeepTheGlove trending on Twitter.

BCCI responded by sending a formal request to the ICC, stressing the logo was "not the paramilitary regimental dagger that is embossed on his gloves. So Dhoni is not in breach of ICC regulations."

India's sports minister Kiren Rijiju said the government did not interfere in "matters of sports bodies."

"But when the issue is related to the country's sentiments, then the interest of the nation has to be kept in mind. I urge the BCCI to take appropriate steps on the issue," he tweeted.

The Indian team though did not comment on the matter.

It is believed Dhoni is likely to continue to wear the same gloves but cover the insignia with tape.

In March, the team wore camouflage-style caps provided by Dhoni during a one-day game against Australia as a tribute to the Indian armed forces after 40 troops were killed in a suicide bomb attack in Kashmir. 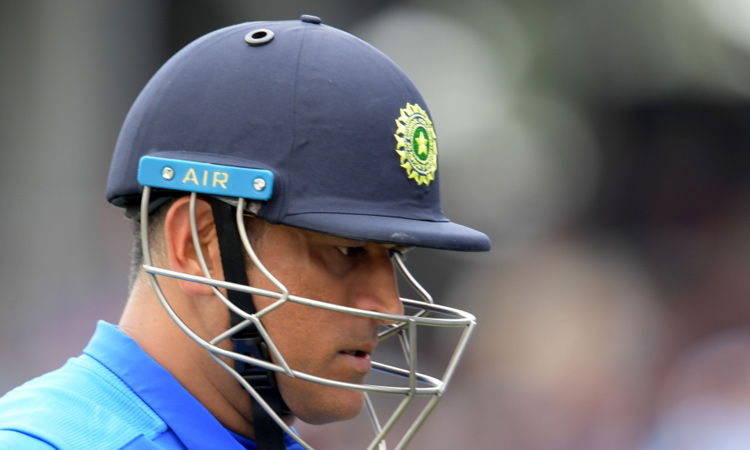