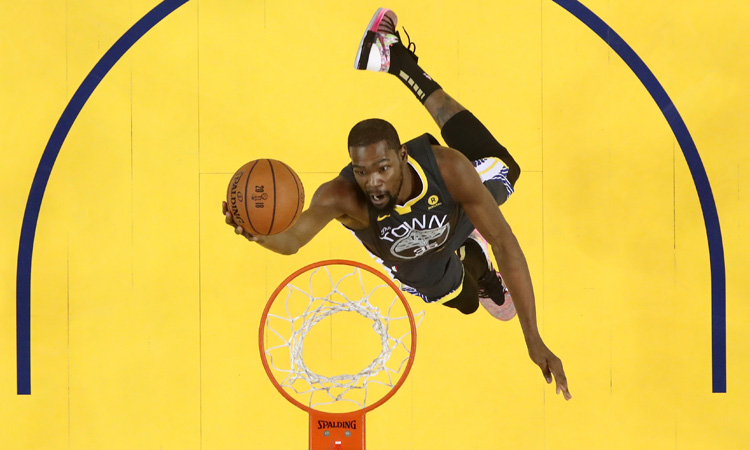 Kevin Durant #35 of the Golden State Warriors attempts a layup against the Cleveland Cavaliers in Game 2 of the 2018 NBA Finals at ORACLE Arena in Oakland. File photo/ AFP

Both players were absent in Wednesday’s 123-109 loss to Toronto, which game the Raptors a 2-1 edge in the best-of-seven championship series entering game four Friday in Oakland.

Two-time NBA Finals Most Valuable Player Durant, the team’s leading playoff scorer with 32.5 points a game, did not have a setback, Kerr said, but trainers will not clear him for scrimmage work before Friday or Saturday.

“I was hoping today would be the day when he could get out on the floor,” Kerr said. “It’s going to be probably the next couple of days. That’s the next step.

“So the hope would be that he could still make it back at the end of the series.”

Durant has missed a month with the injury, the Warriors going 6-2 without him in the playoffs.

“He will continue to get treatment and get on the court and continue to work,” Kerr said. “It’s just about when the training staff tells me he’s ready.”

The Warriors, whose latest loss came despite a career playoff high 47 points from Stephen Curry, will welcome back five-time All-Star guard Thompson, who sat out Wednesday with a strained left hamstring, ending a career run of 120 consecutive playoff games without a miss.

“The risk was too great and being down 2-1 is not the end of the world,” Thompson said. “We’ve been in this position before so we can rely on our experience and we’re getting guys back.

“It just sucks missing a finals game. This is what we work our whole lives for. But I would rather miss one game than an entire series.”

The injury-hit defending NBA champions might even get back forward Kevon Looney, who had been declared out for the remainder of the best-of-seven series with a chest injury, according to Kerr.

“We’re gathering information, second opinion-type thing,” Kerr said. “It’s sort of an open question. At this point there’s not anything to report. We’re looking at all our options and his options.”

It leaves the Warriors with a mentality of daily having to look around and prepare to play with whoever is healthy.

“The way we’ve handled it to date is what’s the focus today, who is able to play, who is not, and how are we going to give our best effort,” Curry said.

“Knowing (Durant) is not playing game four, we know what our rotations are going to be, everybody will lock in and go win that game. And we hope at some point he will be back, and when he does we’ll be able to transition.”

Durant’s absence hits the team on defensive schemes as well as in scoring.

“He’s an All-World athlete who makes your team better, so it’s a tough blow,” Curry said. “But we still have a great opportunity in front of us and we’re going to lay it all out there on the line to try to get it done.”

Thompson sees the series balanced on a knife’s edge without a healthy Durant.

“It would suck if Kevin can’t come back,” Thompson said. “I still think we would have a good chance to win the finals, but obviously that takes a huge hit. I don’t think it would make us the clear-cut favorite anymore without him.” 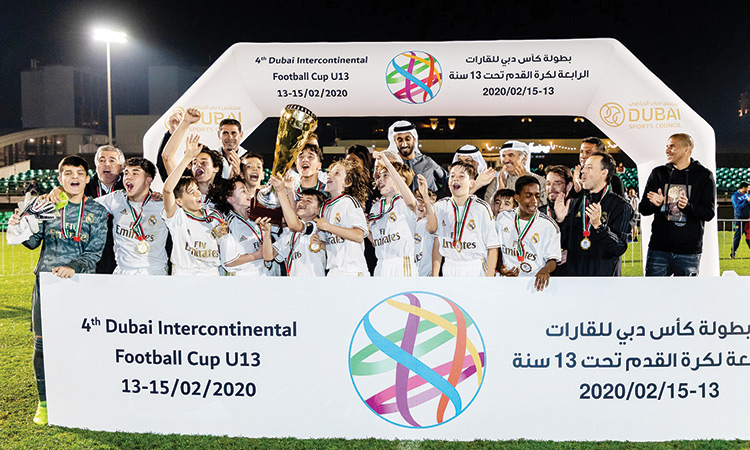