Need to improve our batting: Karunaratne 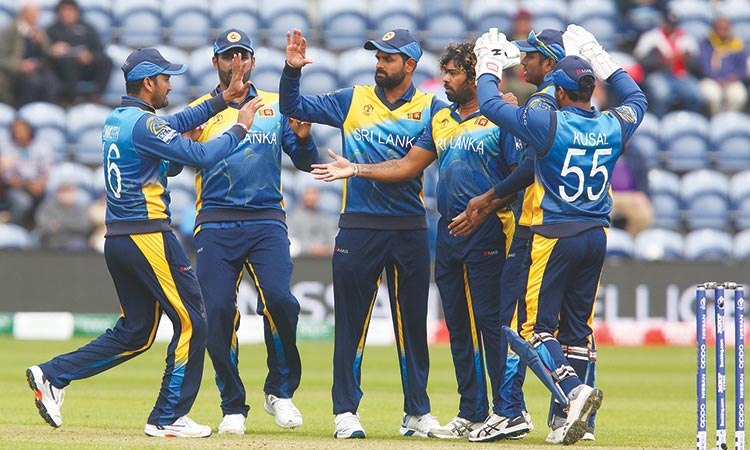 Cardiff: Sri Lanka skipper Dimuth Karunaratne admitted the fact that their batting has been not been up to the mark in the first two games of the ongoing World Cup and they need to work on it to improve their overall performance.

On Tuesday, Sri Lanka came out on top in a topsy-turvy affair at the Sophia Gardens as they successfully defended 187 to claim a narrow win against Afghanistan. Put in to bat, Sri Lanka got off to a brilliant start, racing to 79/0 off the first 10 overs. Despite the fantastic start, the Sri Lankans were all out for 201. A collapse of 7/36 meant Sri Lanka went from 144/1 to 180/8.

This was the second successive match where Sri Lanka have had a disastrous middle-order collapse, after losing 5/14 in their opening match against New Zealand. The game had one significant rain delay, which resulted in the match being reduced to 41 overs a side, but Sri Lanka were bowled out for the second time in two matches before completing their allotted overs.

“We had a good start after a long time but suddenly, we lost a couple of wickets and were on the back foot. That’s the negative part but otherwise, the bowling and fielding was really good,” said Karunaratne after the match.

“Only thing we need to work on is to improve our batting in the middle overs. Wickets were the key, if the openers get going, then 187 isn’t easy to defend,” he added.

Sri Lanka will next face Pakistan while Afghanistan will lock horns with New Zealand.

Meanwhile, Sri Lanka’s batsmen need to apply themselves better if the team are to avoid a repeat of the middle order collapse they suffered in Tuesday’s 34-run World Cup victory over Afghanistan, former captain Mahela Jayawardene has said.

Afghanistan spinner Mohammad Nabi took three wickets in a single over to leave the Lankans struggling at 149-5 and Jayawardene said the string of soft dismissals was cause for concern.

“The way Sri Lanka lost wickets... in the middle order is a real concern and there were too many soft dismissals,” he wrote in a column for the International Cricket Council.

“Looking at the wicket... this was never going to be a high-scoring game. However, there’s no question that Sri Lanka could have batted better. They should have been looking at 250 plus.”

Lankan coach Chandika Hathurusingha said his batsmen were suffering from a crisis of confidence that had been exacerbated by the bowler-friendly conditions.

“When a batsman is in it looked an easy wicket to bat on but we lost one wicket and then we lost three wickets in one over,” Hathurusingha said.

“There were a lot of tentative shots, that was the cause of some of the dismissals. We’re lacking in confidence... we allowed them to come into the game.”

Sri Lanka arrived at the World Cup in patchy form, losing two warm-up games against South Africa and Australia before being beaten by New Zealand by 10 wickets in their first match of the tournament. Sri Lanka next play Pakistan on Friday.