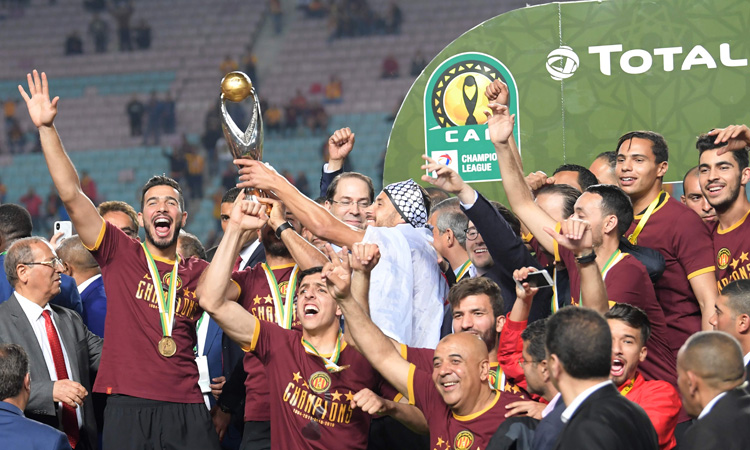 Esperance won the CAF Champions League in Tunisia on Saturday after Wydad Casablanca refused to continue playing on 60 minutes because VAR was unavailable to judge a disallowed equaliser.

The Tunisian side were leading 1-0 in the second leg of the final and 2-1 overall when play was halted, and after a 90-minute delay the referee awarded the match to the home side.

Tunisian media reported that officials were aware before the match that the VAR (video assistant referee) system was not working, but the players seemingly did not know.

It is the first time in the 55-year history of the elite African club competition that a match in the home-and-away final series has not been completed.

Wydad believed they had levelled on 59 minutes when Walid el Karti headed a cross into the net. TV replays confirmed he was onside, but might have fouled an opponent with his shoulder.

The Moroccan team insisted that the Gambian referee check with VAR, apparently unaware that the often controversial system was unavailable.

Wydad substitutes and 69-year-old coach Faouzi Benzarti joined in the protests and police foiled an attempted assault by a spectator wearing the red and gold of Esperance.

Plastic bottles containing liquid were also flung toward the Wydad players and coaches as tempers flared.

At one stage, CAF president Ahmad Ahmad and the bosses of Esperance and Wydad spoke on the side of the pitch without succeeding in getting the match restarted.

The Wydad players and coaches eventually went to the changing room and, after a long delay, the referee indicated that Esperance had been awarded the match.

There was widespread criticism of the debacle on social media with many tweets saying that calling off the club showpiece brought shame to African football.

The abandonment occurred just 20 days before an expanded 24-team Africa Cup of Nations kicks off in Egypt, with VAR scheduled to be used during the knockout phase.

VAR had played a major role in the first leg of the final in Morocco last weekend, with referrals ruling out a goal by Wydad and later appeals for a penalty by the Moroccans.

The Egyptian referee of that match was subsequently banned for six months with CAF saying his performance was “poor.”

Three-time former champions Esperance took the lead on 41 minutes when Youcef Belaili curled a shot into the net from the edge of the box at the Stade Olympique.

The Tunisian outfit dominated the opening half and fully deserved to lead at half-time in the 60,000-seat stadium.

But the way Esperance ultimately won the competition for a second successive time took much of the gloss off the achievement.

They are only the fourth club after Al Ahly of Egypt, TP Mazembe of the Democratic Republic of Congo and Enyimba of Nigeria to achieve back-to-back Champions League triumphs.

And by going through their 2019 CAF campaign unbeaten — equalling the achievement of the 1994 squad — Esperance became the first club to win the competition twice without losing a match.

It was also a special night for 37-year-old coach Moine Chaabani, who became the first from north Africa to win two Champions League finals in a row.

Tunis citizens reacted to the triumph by pouring into the streets and screaming joyfully while cars and motorbikes crisscrossed the capital, honking horns.

Many Esperance supporters flocked to the district where the club was formed 100 years ago in a cafe of the same name.