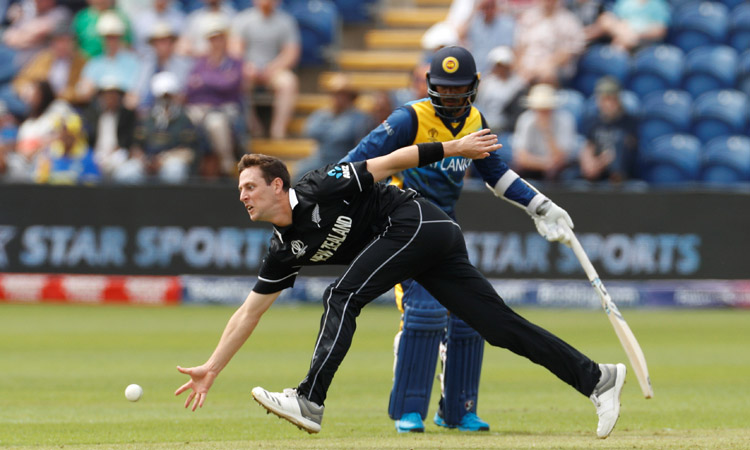 New Zealand paceman Matt Henry led an inspired bowling unit to run through Sri Lanka's batting and power the Black Caps to a 10-wicket win in their World Cup opener on Saturday.

Henry returned figures of 3-29 and combined with fellow paceman Lockie Ferguson who also took three wickets to bowl out Sri Lanka for 136 in 29.2 overs in Cardiff.

Martin Guptill and Colin Munro then struck unbeaten half-centuries to make short work of their modest target. The Kiwis cruised home in 16.1 overs to register their third win in a World Cup game by 10 wickets.

The right-left batting combination of Guptill, who hit 73, and Munro, who scored 58, had little trouble in smashing the Sri Lankan bowlers to all parts of the ground.

Guptill hammered eight fours and two sixes including one hit that sailed out of the ground.

But it was Henry's spell of seven straight overs that opened the gates for New Zealand's domination against the 1996 champions. 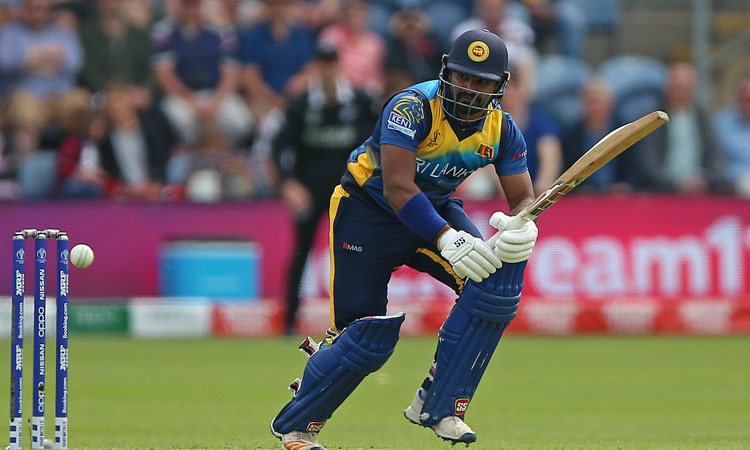 Henry stood out in the absence of senior paceman Tim Southee, who missed the game due to a calf injury, with his incisive pace and swing.

He struck with the second delivery of the game to send Lahiru Thirimanne trudging back to the pavilion after the left-handed opener had hit a boundary from the first ball.

Thirimanne was initially ruled not out by the on-field umpire, but the Kiwis successfully reviewed the lbw call in their favour after replays suggested the ball pitched on line and would have hit the batsman's leg stump.

The left-handed Karunaratne, who has returned to the one-day side after a gap of four years, then put on 42 runs for the second wicket with Kusal Perera.

But Williamson kept Henry on for the bowler's fifth over and the move paid off as he got Perera for 29 and Kusal Mendis without scoring on successive deliveries.

Dhananjaya de Silva played the hat-trick ball with a glorious off drive, but soon fell to the pace of Lockie Ferguson after being trapped lbw.

Sri Lanka skipper Dimuth Karunaratne stood out amid the ruins with his unbeaten 52 including a 52-run stand with Thisara Perera, who made 27 off 23 balls, to give his team's total some respect.

The rest of the batting showed little promise with three scores of nought in the innings including from former captain Angelo Mathews.

Karunaratne registered his third ODI fifty in 81 balls as he ran out of partners after Lasith Malinga was bowled by Ferguson for one.

Pacemen Colin de Grandhomme, James Neesham, Trent Boult and the team's only spinner in the XI Mitchell Santner claimed a wicket each.

The Black Caps, runners-up in the 2015 edition, will next face Bangladesh on June 5 in London. Sri Lanka to meet Afghanistan in Cardiff on June 4.