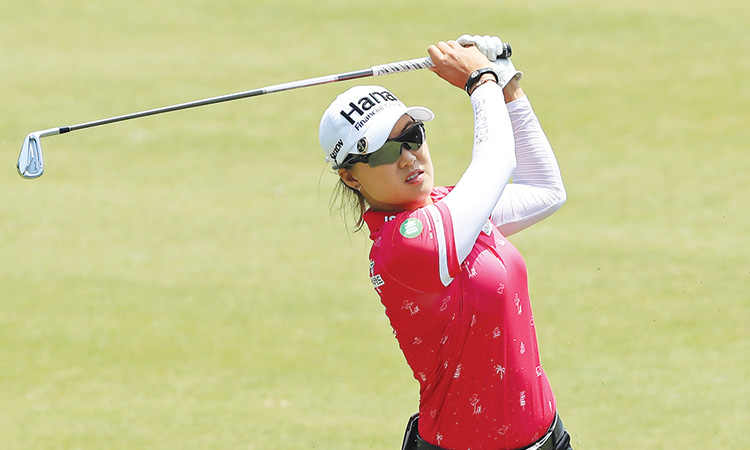 A four-shot win at the Los Angeles Open last month saw Minjee Lee move up to second in the world rankings. File / Reuters

Miami: Minjee Lee will bid to end Australia’s 13-year wait for a major at the US Women’s Open on Thursday as she targets a maiden victory that could vault her to the top of the world rankings.

The 23-year-old from Perth heads into this week’s second major of 2019 fresh from her fifth LPGA Tour victory, a dazzling four-shot win at the Los Angeles Open last month.

That triumph saw Lee move up to second in the world rankings, and within striking distance of South Korea’s world number one Ko Jin-young.

A victory at the Country Club of Charleston in South Carolina this week would see Lee supplant Ko at the top of the rankings.

It would also earn Lee the largest winner’s cheque in the history of women’s golf after the United States golf Association confirmed this week that the champion will pocket a prize of $1 million.

Lee heads into the tournament after a remarkably consistent start to the season which has yielded five top 10 finishes including her win in Los Angeles in April.

She will tee off on Thursday in arguably the star group of the opening rounds, alongside world number one Ko and South Korea’s seven-time major winner Park In-bee.

Park, a two-time winner of the US Women’s Open who is chasing a first major since 2015, has spent this year attempting to iron out problems with her putting game.

“I haven’t been really putting well this year at all,” she said. “I have been striking the ball really, really good this year, probably better than any other years on Tour.

“Just the putter wasn’t really there. That’s really been the disappointing part of my game this year. Other than that, it has been really, really good.”

The strength of the women’s game is reflected in the fact that no single player has been able to establish dominance this year.

The first 12 tournaments of the year have produced 11 different winners, with only world number one Ko winning more than title in 2019.