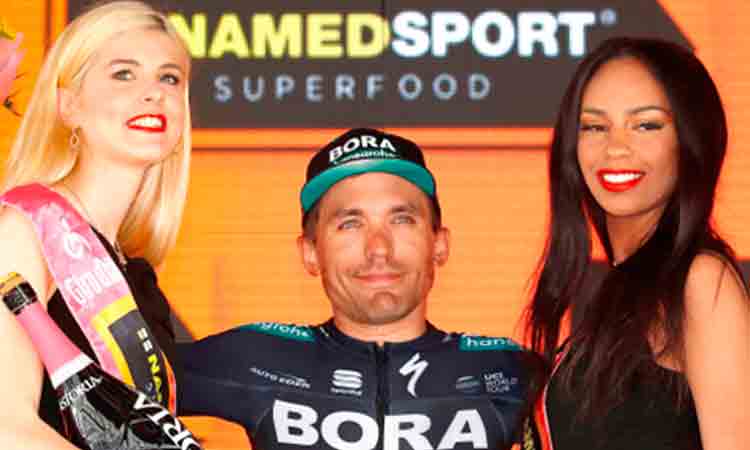 It was the first win for 31-year-old Bora rider Benedetti who led a long break-away group in the first mountain stage after the 158km run from Cuneo.

“I’ve worked a lot for the others in the past but today I got my opportunity,” said Benedetti.

“I’m not a talent, I’m not (usually) a winner, but the way I finished it off is exactly what I wanted to do.” It was the third stage win for Benedetti’s Bora team after Germany’s Pascal Ackermann’s two sprint wins.

The first 15 finishers had all been part of a large early breakaway that built up a sizeable advantage. Polanc finished 25 seconds behind Benedetti but more than nine minutes ahead of Conti and more than seven minutes ahead of fellow Slovene Primoz Roglic, who climbed to second Behind the breakaway, the opening skirmishes between the favourites occurred in the main climb of the day, Montoso, the first ranked in the top category of this Giro.

Colombian Miguel Angel Lopez, third in 2018 Giro, and Spaniard Mikel Landa went on the attack, 37km from the finish, taking about 30 seconds on their direct rivals in the standings.

Polanc -- a 27-year-old Slovenian who has won two Giro stages, each time in the mountains -- pulled on the pink jersey for the first time.

“It was a team tactic that I’d go in the breakaway so we could have a better control over the race,” said Polanc.

“It was also a way to keep the Maglia Rosa (pink jersey) in the team.

“We were lucky to be able to play these cards and I’m very happy to have the jersey.