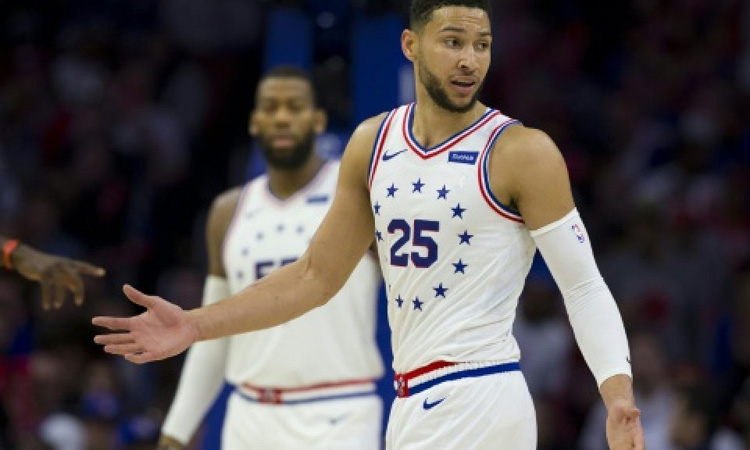 Ben Simmons #25 of the Philadelphia 76ers is in Australia's Wolrd Cup squad named on Thursday. AFP

The NBA has seen a record number of Australian players this year and the Boomers are being touted as the strongest from the country to play at a World Cup.

“No doubt, we have the opportunity to put a great team on the floor and that’s exciting,” head coach Andrej Lemanis said in a statement.

“The depth of talent in Australian basketball means that some tough decisions are made at this point and some very good players miss out,” Lemanis added after several hopefuls from Australia’s national competition were overlooked.

The former NBA rookie of the year took to social media this week to let 76er fans know he was energised for next year after a “tough way to finish the season.”

“I would also like to announce that I am going to be a Boomer for the upcoming events. So stay tuned,” Simmons added in a video posted to Twitter.

Sudanese-Australian Thon Maker was pulled from the Boomers squad at the last minute, reportedly at the request of his NBA team the Detroit Pistons.

The final 12-man squad will be selected during team camp in August.

They will take on Canada and the USA in warm-up matches in Perth and Melbourne that month with their World Cup campaign beginning against the Canadians on September 1 in China.