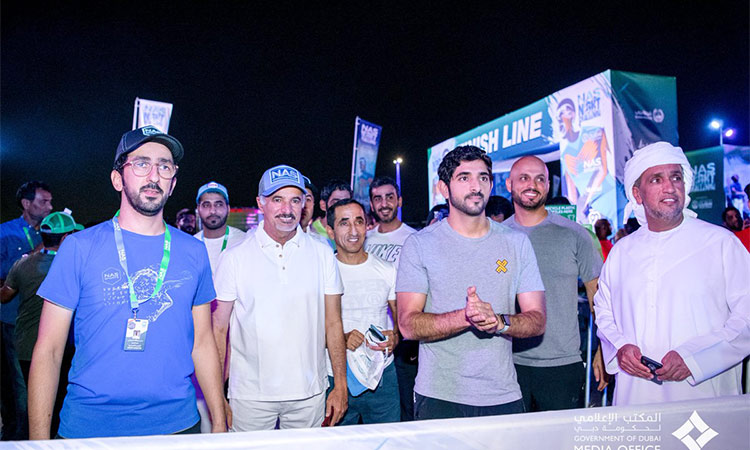 The 7th edition of the NAS Sports Tournament attracted 1,250 participants from 49 nationalities competing in a wide range of categories including cycling, swimming, running, and Jiu-Jitsu among others. The competitions for individuals kicked off after the competitions for teams concluded last week.

The Nad Al Sheba Night Challenge Championship was first integrated into the NAS Sports Tournament in its fifth edition back in 2017 and has since become an integral part of the event attracting many participants of different nationalities. The two-day NAS Night Challenge Championship is open to both professionals and amateurs alike from both sexes. A total of 120 men and 41 women took part in the professional categories this year, wihile 1,089 men and women participated in the amateur categories. Men accounted for 67% of participants and women’s participation reached 33%.

Organised by Dubai Sports Council under the patronage of H.H. Sheikh Hamdan bin Mohammed bin Rashid Al Maktoum, Crown Prince of Dubai, Chairman of Dubai Executive Council, and Chairman of Dubai Sports Council, the NAS Sports Tournament is the biggest event of its kind in terms of participation and prize money. The event has been held annually during the Holy Month of Ramadan since 2013.

The NAS Sports Tournament has seen more than 23,000 athletes take part over the past six seasons, including amateurs and international legends like Zinedine Zidane and Falcao, and even Ambassadors and Consul Generals of different countries.

The seventh season of the Nad Al Sheba Sports Tournament, being held under the slogan ‘Limitless Abilities’, will see more than 6,500 participants in action over the coming 18 days in 13 different events: Futsal, Volleyball, Padel, Fencing, Wheelchair Basketball, Futsal for People with Hearing Disabilities, NAS Night Challenge, the 5km and 10km Run, 75km Cycle Race, 3x3 Basketball, Jiu-Jitsu, Cricket and Snowboarding. There is a prize purse of AED6 million on offer for them.

Welcoming the participants, Sheikh Hamdan bin Mohammed said, “The Nad Al Sheba Sports Tournament has emerged as the most important community sports event in the Holy Month of Ramadan, meeting its many objectives, chief of among which is to promote sport and attract participants from the different segments of our community, and encourage them to embrace a physically healthy lifestyle not just during the Holy Month but throughout the year.”

Recently, amid cheers from the packed stands, Dubai 2021 bounced back from a setback to win a fourth NAS Volleyball Championship title for the franchise, with a score of 3-1.

The two teams received their trophies and medals from  Sheikh Hasher Bin Maktoum Al Maktoum, Director-General of the Dubai Department of Information and President of Tennis Emirates, in the presence of senior officials. 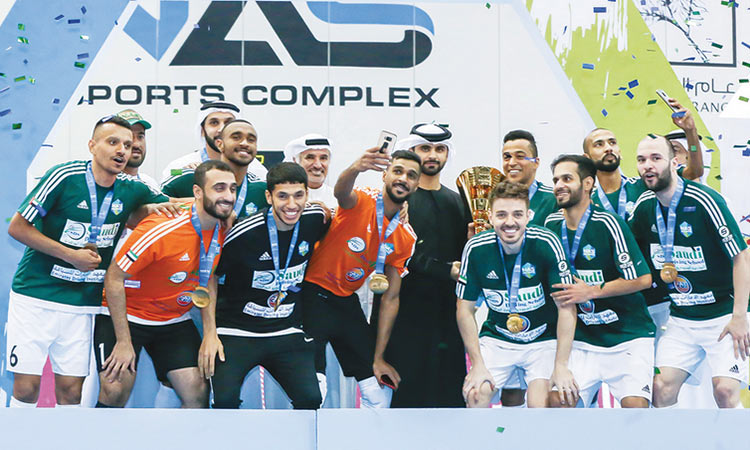 The seventh edition of the Nad Al Sheba Sports Tournament — the biggest yet with more than 6,500 participants across 13 events — came to a close on Friday night with Sheikh Mansoor Bin Mohammed Bin Rashid Al Maktoum,