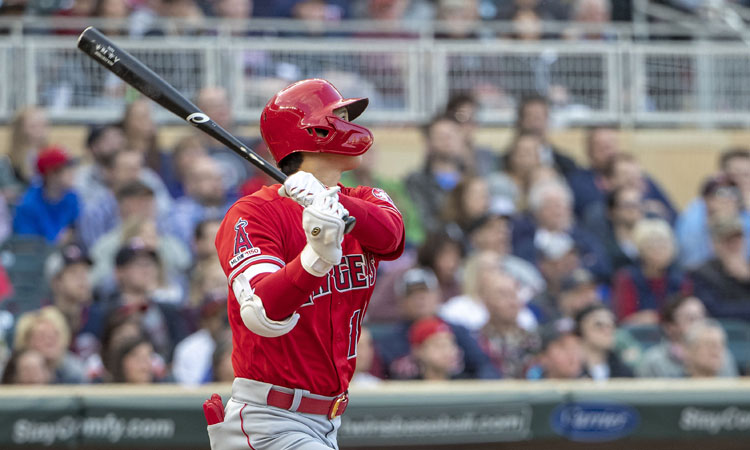 Shohei Ohtani belted his first home run of 2019 to help the Los Angeles Angels to a 5-4 Major League Baseball victory over the Minnesota Twins in Minneapolis on Monday.

Japan’s Ohtani made his return from Tommy John elbow ligament replacement surgery last Tuesday, landing in the Angels lineup as designated hitter with his duties on the pitching mound on hold.

He was four-for-21 with no extra-base hits before he crushed a 3-1 fastball from Minnesota hurler Jose Berrios 429 feet, bouncing it off the scoreboard above the bullpens.

The homer, the 23rd of Ohtani’s career and his first since September 26 of 2018, scored Mike Trout and gave Los Angeles a 3-2 lead.

Ohtani, the American League Rookie of the Year, finished two-for three at the plate with two walks.