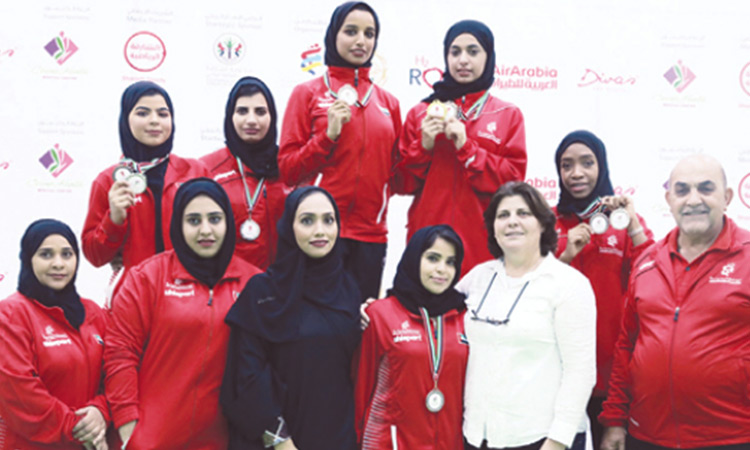 Winners of the shooting competition pose with organisers after the events.

The Sharjah Women’s Sports Club’s shooters were crowned champions of the shooting competition on Saturday after they secured the first three places in the 10m air pistol shooting contests (individual), held as part of the ongoing 11th Ramadan Women’s Sports Tournament (RWST).

The one-week sporting event is being organised by Sharjah Women’s Sports (SWS) under the patronage of Her Highness Sheikha Jawaher Bint Mohammed Al Qasimi, wife of His Highness Dr Sheikh Sultan Bin Mohammed Al Qasimi, Supreme Council Member and Ruler of Sharjah, and Chairperson of SWS.

Major General Saif Al Zari Al Shamsi, Commander-in-Chief of Sharjah Police, thanked Sheikha Jawaher, for her efforts and pioneering initiatives in organising sporting championships and tournaments that help encourage women in sports. He said the fact that the Ramadan Tournament was in its 11th year was a testament to its success.

Shamsi said: “The tournament had benefited all the participating teams and female athletes, and the Sharjah Police team in particular, due to the high level of competition it attracted.

“Sharjah Police would continue to support SWS in organising such tournaments.”