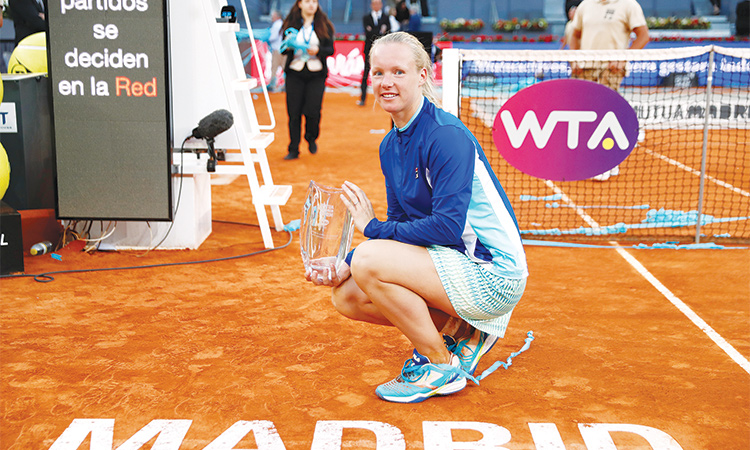 Bertens celebrates with the trophy after winning the Madrid Open final against Simona Halep (unseen) on Sunday. Reuters

Madrid: The Netherlands’ Kiki Bertens pulled off a surprise 6-4, 6-4 victory over Simona Halep to win the Madrid Open on Saturday, denying the Romanian a return to the top of the world rankings.

Halep could have knocked Naomi Osaka off the number-one spot with a triumph in the Spanish capital but instead it was Bertens who made history, becoming the highest-ranked Dutchwoman ever by climbing to world number four.

Bertens secured her ninth WTA singles title, as well as a cheque for 1.2 million euros, while her success should make amends for last year’s disappointment in Madrid, when she lost in the final to Petra Kvitova. Halep was chasing her third success in four years in this tournament but delivered the sort of patchy, disgruntled display that has hindered her before with a trophy in sight. But Bertens more than played her part, a deserving winner and the first woman ever to win the title without even dropping a set.

On this evidence, she will be a serious contender at the French Open later this month, where Bertens reached the semi-finals in 2016 only to be stopped by Serena Williams.

Halep is the reigning champion at Roland Garros but has struggled at major tournaments since her debut victory last year. The 27-year-old has failed to go past the fourth round in any of the three Grand Slams since.

She was gracious in defeat, high-fiving Bertens as she made her way to collect the trophy.

“I’m really happy to win this trophy,” Bertens said. “It means a lot to me after last year getting to the final here.”

Halep said: “It’s an amazing tournament for me, very special. I’m sad I didn’t win but Kiki deserved to win, she played the better Tennis and all week the best Tennis, so congratulations.”

After an early exchange of breaks, Halep moved 4-2 clear in the opening set only to lose her rhythm as Bertens came storming back.

Four games won in a row, including a booming backhand down the line for 5-4, helped Bertens claim the first set before a brilliant lob set up a break in the opening game of the second.

Halep finally stemmed the tide by winning her first game in seven, a curling forehand clipping the line, and then she broke for 2-2 as a Bertens backhand drifted wide. 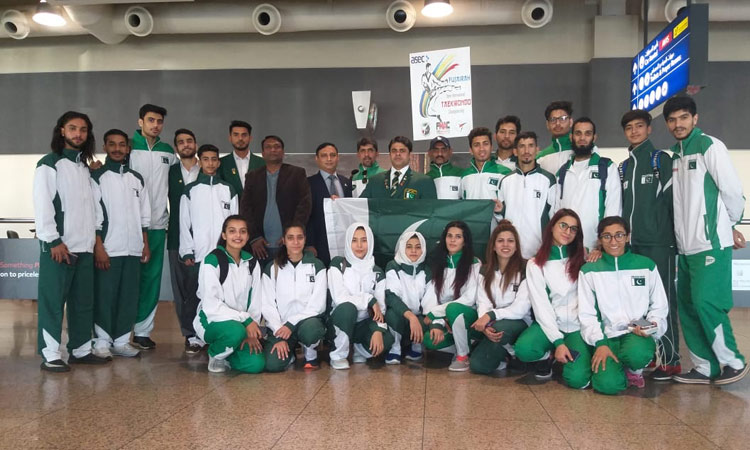