Beckham handed driving ban for using phone at the wheel 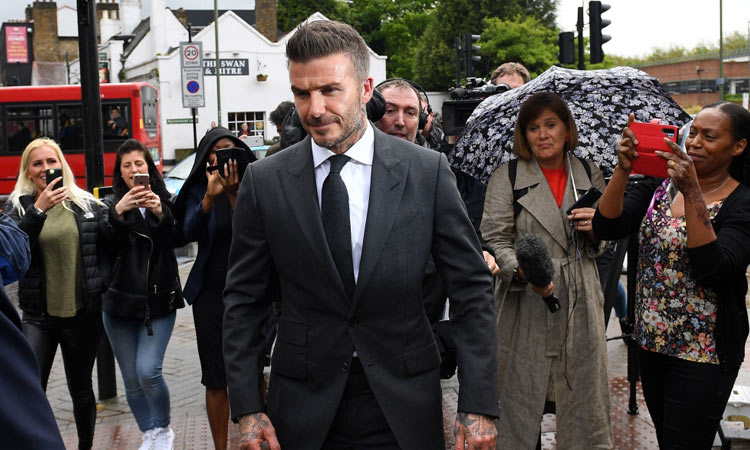 David Beckham leaves Bromley Magistrates Court in Bromley, on Thursday after being disqualifeid from driving for six months. Daniel / AFP

Former England footballer David Beckham was on Thursday disqualified from driving for six months after using his phone while behind the wheel.

The 44-year-old admitted the offence after being spotted by a member of the public as he drove his Bentley in London on November 21.

He was given six penalty points on his licence, which disqualifies him.

Last year, Beckham avoided a previous charge of speeding because of a technicality.

Beckham accepted he drove at 95 kilometres per hour in a 40 mph zone in London in January 2018.

But the notice of his prosecution was not received until one day after the statutory 14-day time limit.