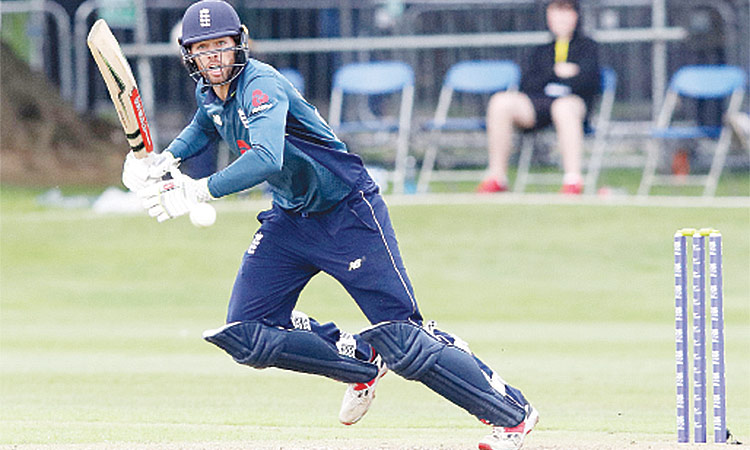 Ireland captain William Porterfield has blasted England’s Ben Foakes for his delayed stumping of Andrew Balbirnie during England’s one-day-international win in Dublin, saying matches could last “15 hours” if every wicket-keeper waited as long to try to effect a dismissal.

Balbirnie was on 29 at the Malahide ground on Friday when he missed an intended sweep off spinner Joe Denly.

Foakes gathered a wide delivery down the legside but, rather than whip the bails off immediately, he waited for Balbirnie to raise his back foot slightly -- thereby making the batsman out of his ground -- before breaking the stumps.

Third umpire Aleem Dar gave Balbirnie out after studying television replays, despite Porterfield convinced the appeal should have been dismissed as the delay meant the ball was “pretty much dead”.

“How long do you wait? We’ll be playing 15-hour games if you wait that long,” Porterfield said. “You can say it was great wicketkeeping or you can say it’s a bit of a grey area of how long he takes.

“The ball was pretty much dead. The batsman wasn’t going anywhere or overbalanced. It wasn’t like he had fallen over.

“The keeper has waited for three or four seconds, if we do that all day it’s going be a pretty long game.”

The move divided pundits, with some saying that it went against the spirit of cricket, but one-day international debutant Foakes had a different view.

“It was quite wide down leg, but I got it back to the stumps,” he said.

“When it’s a sweep you think they might fall over and I just saw he lifted his foot and nicked them off.”

Ireland were eventually dismissed for 198 but then reduced England to 66 for five before man-of-the-match Foakes struck an unbeaten 61 to help see the visitors to a four-wicket win.

But it was his stumping rather than his batting that provoked plenty of debate, with former county bowler turned international broadcaster Alan Wilkins urging the International Cricket Council to take action.

“If the @ICC wishes to maintain its ‘Spirit of Cricket’ as part of the modern game, then the Ben Foakes ‘stumping’ in Malahide today should not be endorsed as ‘within the Spirit of the Game’,” Wilkins said on Twitter.

But there are many who feel the uncertainty surrounding what the ‘Spirit of Cricket’ means, as opposed to the precise nature of the sport’s rulebook or Laws, makes the concept more trouble than it’s worth.

“It’s an abstract concept that means only what an individual wants it to mean.”