Dufner surges up Quail Hollow leaderboard with second round 63 - GulfToday

Dufner surges up Quail Hollow leaderboard with second round 63 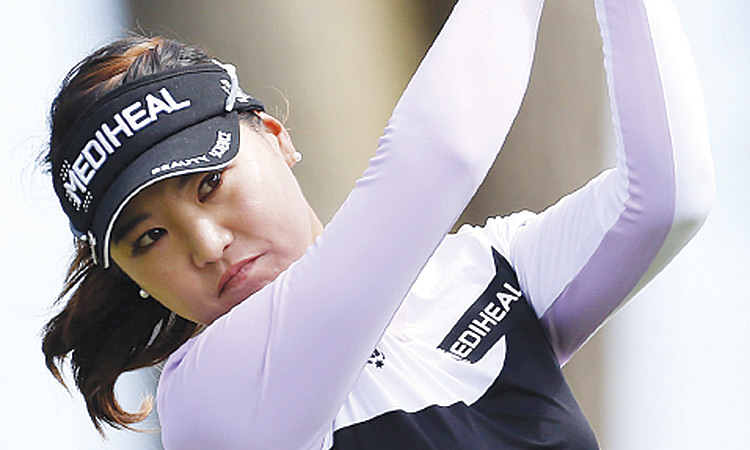 So Yeon Ryu hits on the 11th hole during the second round of the LPGA Mediheal Championship. Agence France-Presse

Jason Dufner fired seven birdies and an eagle in an eight-under par 63 on Friday to put himself in unfamiliar territory atop the Wells Fargo Championship leaderboard.

“It has been a while since I’ve been in the lead or competing for a tournament,” said Dufner, a former top-10 player and winner of the 2013 PGA Championship who has slumped to 230th in the world rankings.

“But I know what that feels like. I’m just going with it, you know?” Dufner, 42, set an early target in the second round at Quail Hollow in Charlotte, North Carolina, building an 11-under total of 131 that put him one stroke in front of Joel Dahmen and Max Homa.

Dahmen, who shared the overnight lead with Northern Ireland’s Rory McIlroy, carded his second straight 66 while Homa had eight birdies in his 63 to reach 10-under 132.

McIlroy, meanwhile, carded a 70 for 136 and shared fourth place with American Patrick Reed, who carded a 69.

It was a further stroke back to England’s Justin Rose, Ireland’s Seamus Power, Australian Jason Day and American Pat Perez.

Dufner’s round matched the lowest of his career. The last time he posted a 63 it was in the 2013 PGA Championship, where he went on to win his lone major title to date.

He birdied two of his first three holes and bounced back from a bogey at the fourth with an eagle at the par-five seventh.

He birdied the eighth, then picked up four more birdies coming in.

Dufner, who has missed eight cuts in 15 prior tournaments since the current season opened last October, has made wholesale changes in a bid to stop the rot. He’s on his fourth caddie of the year and parted with swing coach Chuck Cook.

McIlroy had certainly looked more likely to be leading the charge into the weekend, but he closed out his second round with a double-bogey and a bogey at the eighth and ninth holes.

Ryu, who shared the first-round lead with South Korea’s Ji Eun-hee and Anne van Dam of the Netherlands, chipped in for birdie at the par-three 12th, but she bogeyed the 16th as she toiled through a “grinding” back nine.

“It was just a grinding day,” said Ryu, who had a 36-hole total of seven-under par 137 at Lake Merced in Daly City, California.

She said the changeable winds made things difficult, making it “tough to make a decision”.

“It felt like the wind was really strong into (a shot), and then all of a sudden it stopped,” she said.

Despite the difficult afternoon conditions, O’Toole birdied three of her last four holes in a 65. Kim joined O’Toole on 138 with a bogey-free 66 capped by a birdie at the ninth, despite battling back pain. Overnight co-leader Ji carded a 72 to join a group sharing fourth on 139. She was tied with compatriots Park In-bee, Choi He-yong and Choi Na-yeon and England’s Charley Hull.