Robben and Ribery hope to return for nervy title run-in 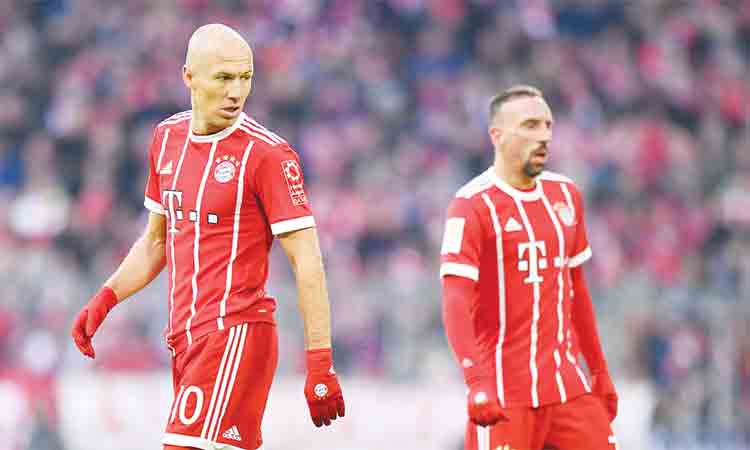 Berlin: Bayern Munich coach Niko Kovac has said that veteran wingers Arjen Robben and Franck Ribery will be on hand to help his side hold their nerve in the last weeks of a tense league title race.

Kovac said on Thursday that the title race would be a “question of nerves”, and said that he hoped to be able to count on the experience of Robben, 35, and Ribery, 36.

Bayern missed the chance to go four points clear of Dortmund when they were held to a draw at relegation-threatened Nuremberg last Sunday, and Kovac urged his team to bounce back against Hanover.

A win over Hanover would pile the pressure on Dortmund, who face a tough trip to Werder Bremen on Saturday.

Dortmund coach Lucien Favre declared the title race was over after his side’s derby defeat to Schalke last weekend, and now faces the next two games without suspended captain Marco Reus.

Favre is expected to play Paco Alcacer and Mario Goetze up front in Reus’ absence, as Dortmund look to at least keep within two points of Bayern.

Elsewhere, both Hanover and Nuremberg could be relegated this weekend if they lose to Bayern and Wolfsburg respectively, and Stuttgart beat Hertha Berlin.