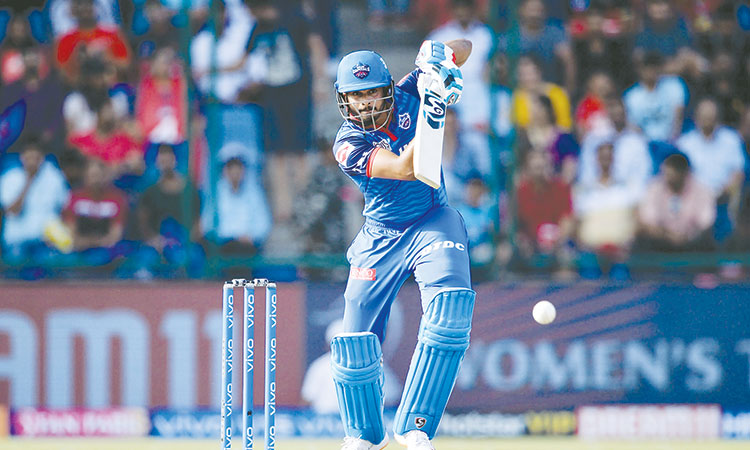 A 68-run second-wicket stand between Dhawan and Iyer and a late cameo from Sherfane Rutherford of West Indies steered Delhi to 187-5, a total their bowlers successfully defended.

The left-handed Dhawan, who is part of India’s World Cup team, hit 50, Iyer made 52 and Rutherford’s unbeaten 28 off 13 deliveries lifted the hosts to a big total at a slow-scoring Feroz Shah Kotla pitch in Delhi.

Virat Kohli’s Bangalore lost regular wickets to finish on 171-7, but the bottom-placed side still have a chance to make the play-offs.

Delhi, who made the play-offs for the first time since 2012, moved to the top of the eight-team table, overtaking Chennai Super Kings who have already booked their spot in the final four.

Bangalore opener Parthiv Patel, who top-scored with 39, and Kohli, who made 23, gave their team a brisk start but their batting fell flat once the two were back in the dugout.

Left-arm spinner Axar Patel then got Kohli’s prized scalp after the Indian skipper pulled the ball straight into the hands of Rutherford at deep mid-wicket.

“The fun factor should never go away, we still got two games and we’ll work hard. We’ll go out there, play expressive cricket and be positive,” said Kohli.

Australia’s Marcus Stoinis gave Delhi a scare with his unbeaten 32 off 24 deliveries but the ever-increasing run-rate got to the Bangalore chase. Rabada and Indian leg-spinner Amit Mishra took two wickets each.

Batting first, Kolkata posted a massive total of 232 for the loss of just two wickets in 20 overs. In reply, Mumbai reached 198/7.

For Kolkata Andre Russel (80) was the highest scorer.