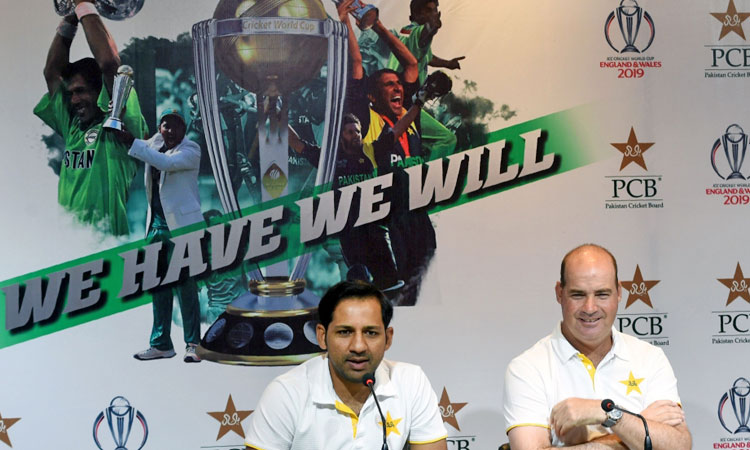 Sarfraz Ahmed speaks to media next to Mickey Arthur during a press conference in Lahore on Mondya. Arif Ali / AFP

Pakistan captain Sarfraz Ahmed said on Monday that being underdogs in next month's World Cup eases the pressure on his young team, who leave for the tournament this week.

Pakistan will play three warm-up matches before taking on joint-hosts England in a five-match one-day series and a Twenty20.

The 1992 World Cup winners start their campaign against the West Indies in Nottingham on May 31.

Sarfraz said he would prefer his side to go into the tournament under the radar.

"Look, when we go as favourites, then it's a problem, but if we go as underdogs then other teams feel the danger, so I think being underdogs is good for us and eases the pressure," Sarfraz told a press conference in Lahore before they depart for England and Wales on Tuesday.

Sarfraz, 31, was among five key players rested for the whitewash ODI series defeat by Australia last month to freshen up the squad before the competition.

He was handed a four-match suspension in January by the International Cricket Council after he made a racist comment about South Africa's Andile Phehlukwayo during an ODI.

All ten teams will play each other in the tournament starting on May 30 with England taking on South Africa in the opening fixture. The top four teams will qualify for the semi-finals.

The high-voltage clash between Pakistan and India scheduled for Manchester on June 16 promises to be one of the most tense of the tournament.

Pakistan and India, who both possess nuclear weapons, came to the brink of all-out war recently after fresh sparring over the disputed region of Kashmir, adding to the intensity of the match.

But Sarfraz played down the hype, saying all games are important.

"For us all nine matches are important so we will take every match as a match against India," he said of Pakistan's bitter rivals — who have won all six of their previous World Cup clashes.

But Pakistan took the Champions Trophy against India in 2017 with a stunning 180-run victory in the final.

"We have beaten India in a bigger event recently so we will have that advantage," said Sarfraz.

He said the theme of Pakistan's World Cup mission is "we have, we will", citing the team's previous glories.

Along with the Champions Trophy two years ago, Pakistan won the 1992 World Cup and the 2009 World Twenty20.

"I think these are exciting times for Pakistan cricket and for the team," said Mickey Arthur, who took over as head coach in May 2016.

"We leave on a journey for which we have worked really hard," he said, adding that they have "a good team, both in talent and attitude."

"The initial thing is to qualify for the last four and take it from there, so I think we have the potential to certainly go all the way but before that we have to play very well," South African Arthur added.

Pakistan have named two extra players in their squad for the five-match one-day series against England, with paceman Mohammad Amir and batsman Asif Ali in addition to the 15 for the World Cup.

But they have until May 23 to finalise their squad for the tournament. 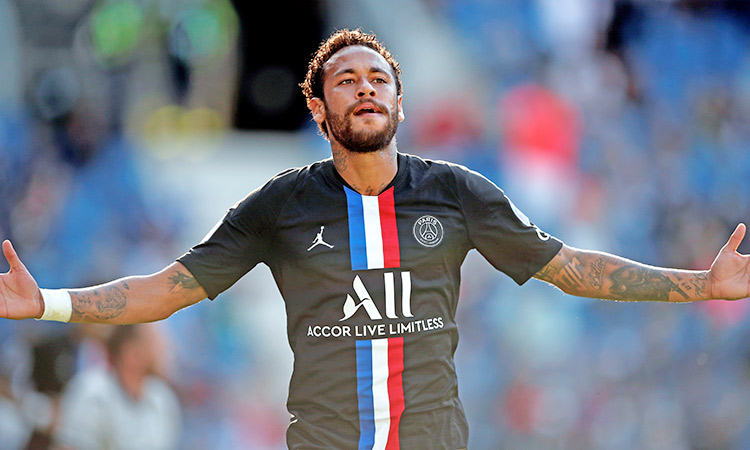