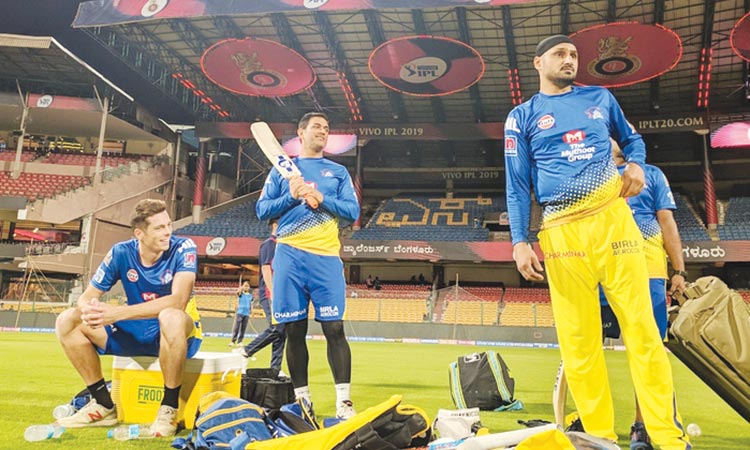 CSK, who were comfortably beaten by SRH in their last encounter, would be desperate to make amends in their game against RCB.

After clinching a morale-boosting win against the Kolkata Knight Riders (KKR), Royal Challengers Bangalore (RCB) will look to continue with the momentum and keep their slim chances of making it to the play-offs alive when they take on Chennai Super Kings (CSK) at the Chinnaswamy Stadium in Bengaluru on Sunday.

Virat Kohli scored his first century of this IPL during RCB’s narrow 10-run victory against KKR in their last game and RCB fans would be hoping that the skipper continues with his ruthless batting form against CSK.

RCB, languishing at the bottom of the table with just four points from nine games, would be aware of the fact that it won’t be easy for them to over the MS Dhoni-led side, even while playing at their home ground and having their star batsman in form.

On the other hand, Chennai, who were comfortably beaten by the Sunrisers Hyderabad (SRH) in the last encounter, would be desperate to make amends in their game.

Regular skipper MS Dhoni had to sit out of the SRH game because of back spasms and in his absence, Suresh Raina had to take up the captaincy role. Dhoni’s absence, both while batting and defending a small target of 132, was felt during the SRH game. They would also hope that the 37-year-old is fit for the game and takes on the field.

Chennai, still sitting pretty at the points table with 14 points from nine games, would aim for victory against RCB and confirm their berth in the play-offs.

Sunrisers broke Chennai Super Kings’ winning streak, and secured a vital victory after three losses on the trot, with a six-wicket win earlier in the week.

With the bat, it was Jonny Bairstow and David Warner show once again as the pair guided the team to a facile victory by sharing a 66-run stand for the first wicket.

Placed fifth, a rung below KKR, in the points table, Sunrisers will take on an opponent low of confidence after a string of four losses in a row.

Skipper Dinesh Karthik, who recently trumped Rishabh Pant to make the 15-member World Cup squad, has been out of form. Russell, at the post match press conference, said he should bat higher up the order when KKR are in those situations, and it remains to be seen now what the think tank does against Sunrisers.

KKR’s bowling, which is traditionally dependant on spin, have also looked colourless with India star spinner Kuldeep Yadav going for 59 runs on Friday.

In their last meeting at the Eden Gardens, KKR won by six wickets with Russell smashing a 19-ball 49 chasing 182.