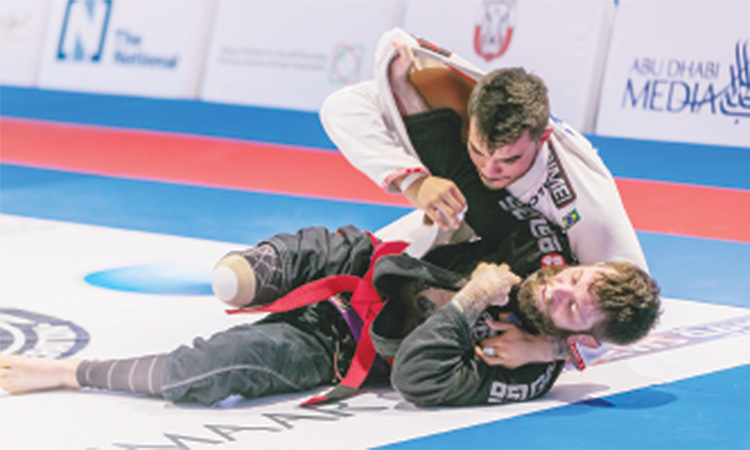 The 11th edition of the championship will welcome elite athletes from more than 100 countries to compete for various titles and a total prize fund of Dhs2 million.

The core values of jiu-jitsu will be front and centre when the Abu Dhabi World Professional Jiu-Jitsu Championship 2019 (ADWPJJC), held under the patronage of His Highness Sheikh Mohamed bin Zayed Al Nahyan, Crown Prince of Abu Dhabi and Deputy Supreme Commander of the UAE Armed Forces, gets under way with the parajiu-jitsu championship at Mubadala Arena on Saturday.

The 11th edition of the championship will welcome elite athletes from more than 100 countries to compete for various titles and a total prize fund of Dhs2 million across seven days of top-class competition, from Apr.20-26.

Current world champions, contenders and future heroes will collide in a bid to make their dreams come true in the home of jiu-jitsu, as the 2018-19 Abu Dhabi Ranking Series comes to a close. Amongst the thousands of athletes ready to demonstrate their skills on the mats are parajiu-jitsu athletes from the UAE and beyond, who will be standing strong and standing out when they open the championship.

The UAE Jiu-Jitsu Federation, organisers of the ADWPJJC and the official authority for the sport in the Emirates, has made great strides to raise awareness of the values of jiu-jitsu, including tolerance, self-confidence, personal development, and its many physical and emotional benefits, while promoting inclusivity and unity in the UAE.

“The Abu Dhabi World Professional Jiu-Jitsu Championship is a championship that triggers different dreams for different athletes right across all levels of competition and it’s an honour to be able to give a platform for parajiu-jitsu athletes to realise their dreams,” said His Excellency Mohammed Salem Al Dhaheri, Vice Chairman of the UAE Jiu-Jitsu Federation, Acting Executive Director of Education Affairs Sector.

“We look forward to another successful championship as we take ADWPJCC into its second decade and continue to grow their sport locally and globally.”

Athletes from Al Ain Club for People of Determination will take to the mats of Mubadala Arena to demonstrate how they have embraced the sport and benefitted from its values and techniques.

“The Federation provided us with a wonderful opportunity and made the process of jiu-jitsu and physical activity a lot easier, compared with other sports,” said Sofiene Boulila, Technical Director of Al Ain Club for People of Determination.

“With the help of the Federation, we introduced the players to the sport, they liked it and now here we are preparing for the championship. This was led by the athletes themselves and they have made us proud.”

Boulila stressed that victory for his team at the championship is not winning medals but taking to the global stage.

“The goal is for the athletes to participate, we do not expect to win medals, but we want to see where they stand, we want them to be fit and healthy and get them to be active,” added Boulila.

“The main thing is for them to become more athletic and gain more self-esteem, learn to respect others, whether they lose or win, it doesn’t matter, through jiu-jitsu they learn to respect everyone.”