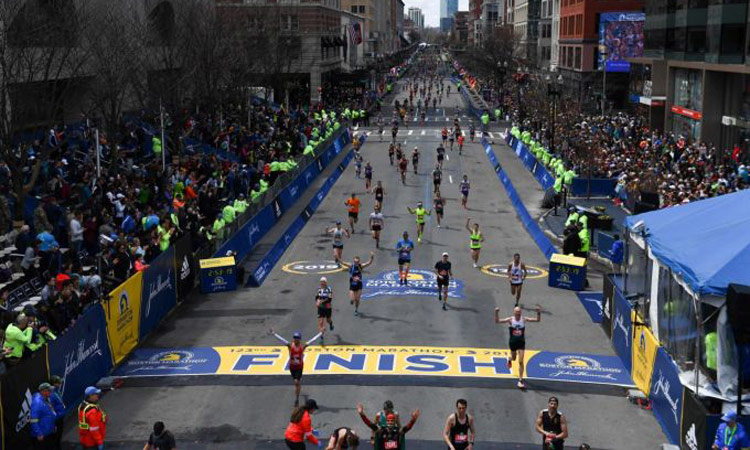 China has banned for life three runners who broke the rules at the recent Boston Marathon. File photo/ Reuters

China has banned for life three runners who broke the rules at the recent Boston Marathon, accusing them of giving the country a bad name and vowing to root out cheats.

Marathon running is growing fast in China but there have been numerous instances of cheating, including a woman who jumped on a bike in a recent domestic race and several others who took shortcuts.

In the latest cases, one entrant at Monday's prestigious Boston Marathon gave his bib to someone else while two other Chinese participants presented forged certificates of previous races to gain entry, the Chinese Athletic Association (CAA) said.

“All the three runners were hit with a life ban from all road running races under the CAA,” said Xinhua news agency, citing the association.

“The CAA also reiterated that it will continue to crack down all kinds of cheats in marathons in order to build a healthy and clean environment of road running in China.”

The trio's behaviour “had a negative impact on China in the (international) community,” said the CAA.

In 2011 there were just 22 marathons, half-marathons or other running events in China, but that number rocketed to about 1,500 last year.

The surge has seen a spike in cheating and at a domestic marathon last month a woman was caught using a bicycle part of the way.

China is deploying facial-recognition technology as one way to clamp down.