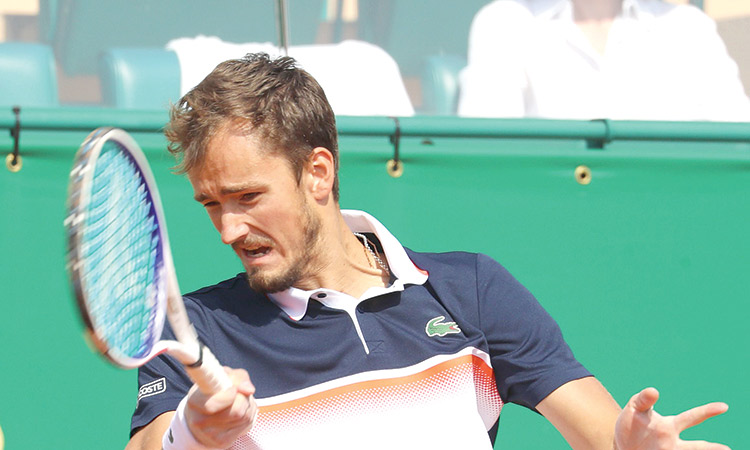 Top seed Novak Djokovic and 11-time champion Rafael Nadal showed no mercy in dominating wins to power into the Monte Carlo Masters quarter-finals on Thursday. Djokovic extended his winning streak against US players with a 6-3, 6-0 defeat of Taylor Fritz.

The two-time tournament champion has now won nine in a row over Americans since losing at Wimbledon in 2016 to Sam Querrey.

“It was very challenging to play in these (windy) conditions,” Djokovic said. “Taylor just flattens the ball. We had five, six close games in the first set, I just managed to break his resistance midway through.

“After that, things went on my side and I felt more comfortable. This was one of these days where you just have to hang in there and try to put an extra ball back in the court - that was enough.”

“I’m very, very happy, this is an important victory for me,” the second seed said after winning his 23rd consecutive set at the tournament.

“Grigor is a super talent and is very dangerous. It was a positive match for me. I had a good day, I can be happy with what I did on court.

“When you don’t play on clay for almost a year, every win is important for the confidence, especially as I’m coming back from injury.” Spain’s 17-time Grand Slam champion started his clay season this week after missing a month with another knee problem and has title-holder points to defend here plus Barcelona, Rome and Roland Garros.

The king of clay is bidding for a 12th trophy in the principality. His record at the event is a staggering 70-4. Nadal spent almost an hour in securing the first set but picked up the pace in the second as he ran out the winner.

World number one Djokovic will be playing his ninth quarter-final here from 13 appearances at his home event.

Djokovic turned in a steady performance with a dozen winners and unforced errors, while his opponent committed nearly 30 unforced errors in 68 minutes.

The Russian will next line up against Djokovic after losing to him in January in the Australian Open fourth round.

Tsitsipas was caught on the back foot facing three match points as he trailed 0-40 on his serve late in the second set.

After saving the first two, the Greek botched the third to seal his exit after an hour and three-quarters.

Medvedev increased his leading total of ATP season match wins to 20 as a result after he beat Tsitsipas for the fourth time in as many attempts.

“This was a great achievement for me,” Medvedev said. “Everything was perfect today.

“Some wind came up in the second set and I could not get used to it. But in the third, I just worked to put every ball in the court.

“I was pleased to fight back after going a break down in the third set.” The player who stands a career-high 14th credits his rising form to a renewed dedication to the sport.

“I’ve been working hard for the past 18 months — since before the start of 2018. I’ve dedicated my life to tennis, which I did not do before,” Medvedev said.