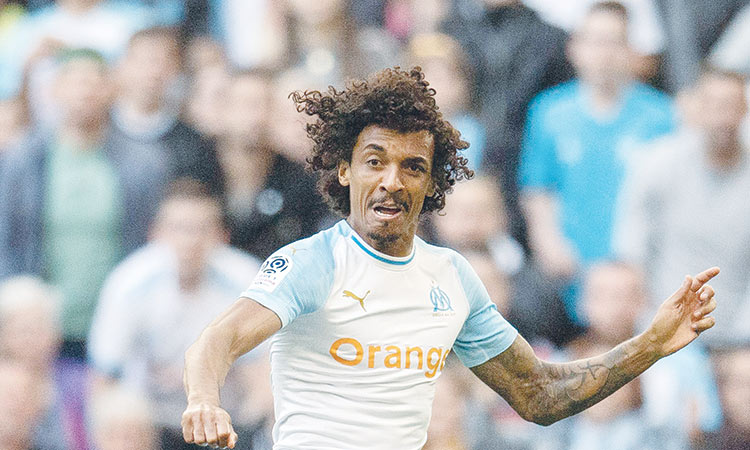 Saint-Etienne closed in on Champions League football next season after Mathieu Debuchy scored twice in a 3-0 win over Bordeaux that moves them to within three points of third-placed Lyon on Sunday.

Wahbi Khazri opened the scoring from the spot 10 minutes after the break following a VAR check of Sergi Palencia’s handball before Debuchy headed home the second from a corner to seal the points 17 minutes before the end.

Debuchy then completed the win with a deflected close-range strike in the final minute to put Jean-Louis Gasset’s side back ahead of Marseille, who started the day fourth and in the Europa League spot after surviving late VAR penalty drama on Saturday to scrape to a 2-1 win over Nimes.

They are two points ahead of Rudi Garcia’s side and piling pressure on Lyon, who have lost two on the bounce following Friday’s shock 2-1 defeat at Nantes.

Lyon go into the final six games in trouble following coach Bruno Genesio’s announcement that he would leave the club in the summer after falling out of favour with the fans.

Balotelli has helped kick-start Marseille’s chase for European football with seven goals in 11 Ligue 1 appearances since arriving from Nice in January but left the field with a thigh injury 12 minutes before the break.

Garcia’s side move above Saint-Etienne into the European places after squeaking past Nimes in the enigmatic Italian’s absence.

They took the three points thanks to two goals in two second half minutes from Balotelli’s replacement Valere Germain and Luiz Gustavo and the video assistant referees ruling out a penalty awarded in the fourth minute of added time that would have given the away side a chance to snatch a dramatic point.

They now sit fourth in Ligue 1’s Europa League spot on 51 points, five behind third-placed Lyon — in the final Champions League spot — with six matches left to play after Bruno Genesio’s side fell to a shock 2-1 defeat at struggling Nantes on Friday.

Now all eyes are on the clash between the two sides to come at the Stade Velodrome on May 12.

Nimes sit 10th on 43 points despite Teji Savanier getting the away side back in the game with an 82nd minute penalty following Boubacar Kamara’s handball.

Bernard Blaquart thought his side had been given a golden chance for an equaliser in the final seconds when referee Frank Schneider blew for another spot-kick in the fourth minute of added time after Marseille right-back Bouna Sarr handled the ball while falling over in his own area.

However after consulting with the video assistant referees Schneider ruled out the penalty for a trip on Sarr. Blaquart’s side are a point behind Strasbourg, who stay ninth, six points behind Marseille after a hugely entertaining 3-3 home draw with Guingamp that does little to lessen the away side’s relegation woes.

Jeremy Sorbon’s leveller three minutes from time after a brace from Ludovic Ajorque and another from Sanjin Prcic looked to have won the day for Strasbourg lifted Guingamp off the bottom and a point above Caen, who lost 1-0 to mid-table Angers. Those results let Monaco off the hook following their goalless draw at home with Reims, which moves Leonardo Jardim’s side to 16th.