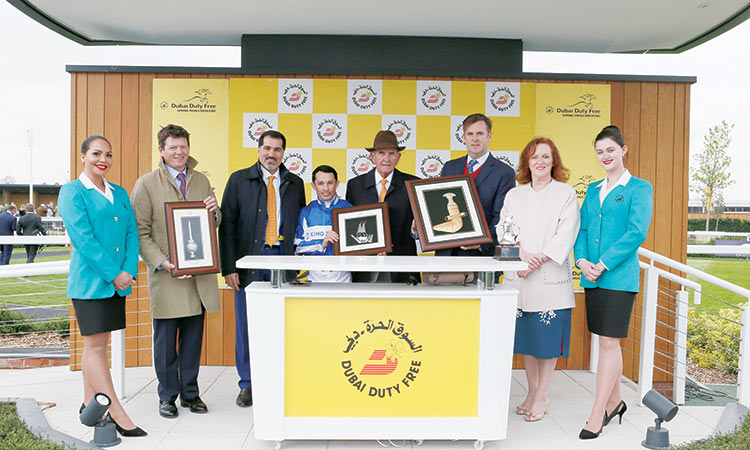 Newbury Racecourse is nearing completion of its multi-million pound development but one thing never changes – the anticipation that greets the Dubai Duty Free Spring Trials weekend and the start of the flat racing season at the Berkshire track at the end of the second week in April.

Full of Surprises is a familiar phrase in Dubai Duty Free’s vocabulary and the first three races on day one of the Dubai Duty Free Spring Trials weekend lived up to that billing – all were won by horses at double figure odds.

The second race on the eight-race card, the £25,000 Dubai Duty Free Handicap over the minimum distance of 5 furlongs for four-year-olds and upwards was won comfortably by the shock 25-1 outsider of the field, Stake Acclaim.

Seven-year-old Stake Acclaim hadn’t run for over five hundred days but had been very useful sprinter in his youth and his success was due reward for the perseverance of trainer Dean Ivory and patience of his owner Michael Yarrow.

In contrast, Happy Power favourite in the fourteen-strong field for the £20,000 Dubai Duty Free Full of Surprises Handicap for three-year-olds, obliged for local trainer Andrew Balding. Happy Power won twice in his first season and here, on his seasonal debut, ran away from his rivals, prompting Balding to consider exalted targets such as the German or French Two Thousand Guineas.

Race five, the Dubai Duty Free Golf World Cup Stakes for three-year-olds over ten furlongs and worth £16,000 carried a £10,000 bonus for the winner. Favourite here for His Highness Sheikh Mohammed Bin Rashid Al Maktoum’s, Vice President, Prime Minister of the UAE and Ruler of Dubai, Godolphin team was Space Blues with retained jockey William Buick aboard.

Godolphin have been carrying all before them throughout the racing world and Space Blues was much feared. He was challenged for favouritism by Her Royal Highness Princess Haya’s Turgenev, bred by Godolphin and ridden by Frankie Dettori for Champion trainer John Gosden.

The winning young trainer Charlie Fellowes described King Ottokar, son of Derby winner Motivator, as “Perhaps the best I’ve trained – so far”. In his fifth season with a trainers’ licence Newmarket-based Fellowes is dreaming of a Derby challenge — after giving King Ottokar a shot at one of the trials. Wherever the colt goes the ground will need to have the same give in it as was evident at Newbury on the first day of the Dubai Duty Free Spring Trials Weekend - trials which did what they were designed to do – to give the season its first pointers towards the Classics and big races to come. 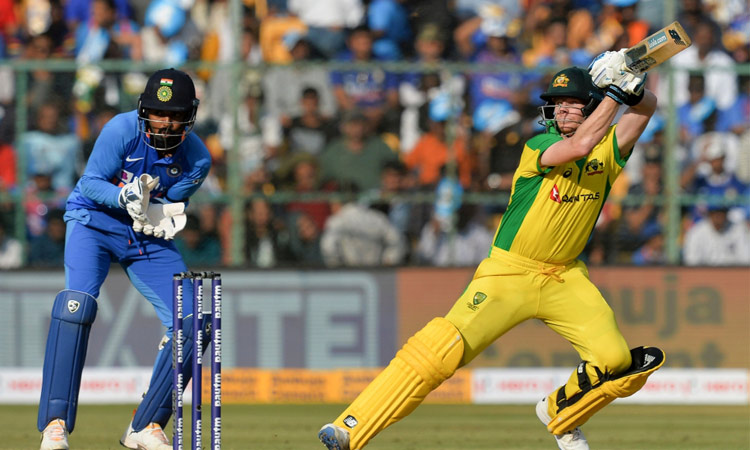