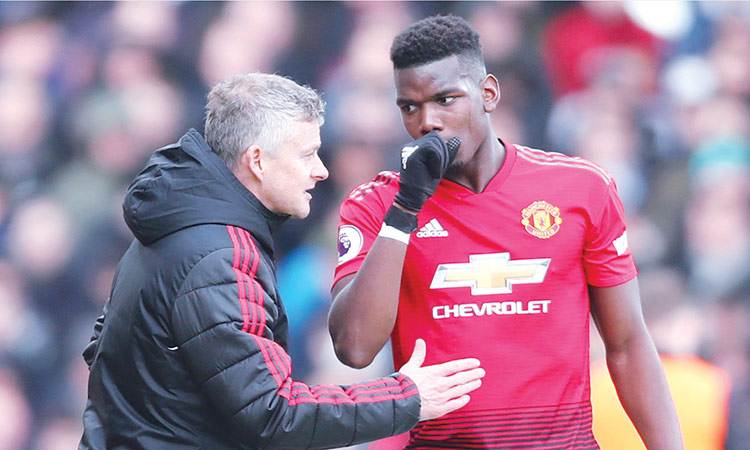 Paul Pogba is staying focused on Manchester United despite growing speculation linking him with a move to Zinedine Zidane’s Real Madrid, according to Ole Gunnar Solskjaer.

The France midfielder sparked intense speculation about his future last month when suggesting Madrid were “a dream club for every player” despite declaring himself happy at Old Trafford.

Pogba was outstanding in the weeks following Solskjaer’s appointment as caretaker manager in December, scoring eight goals and providing five assists in his first 10 matches under the Norwegian.

However, his form has dipped since he was sent off in the first leg of United’s Champions League last-16 tie against Paris Saint-Germain in February, with no goals and just one assist in his past eight matches.

Solskjaer acknowledged the possibility of Real Madrid taking an active interest in the World Cup winner and perhaps even mounting a publicity campaign to try to sign him.

“There might be a campaign, there might be press, you never know what there is, but in my talks with Paul he’s always been positive,” said Solskjaer.

“I don’t see a difference in him when I chat to him. He’s focused on performing and he’s a proud player. He always gives his best.”

Solskjaer was pleased with the way Pogba performed as United were beaten 1-0 at home by Barcelona in the first leg of their Champions League quarter-final on Wednesday.

“But he had his highest-ever output physically on Wednesday night. He’d never run as much in a United shirt. The effort and attitude is there.”