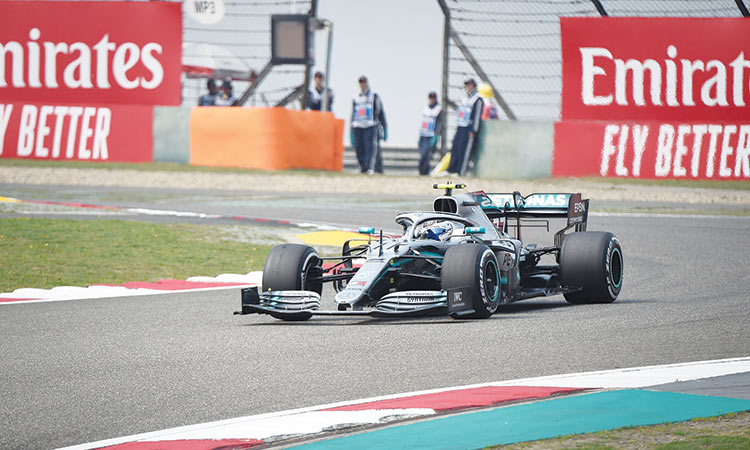 Mercedes’ Valtteri Bottas steers his car during the second practice session at the Chinese Grand Prix in Shanghai on Friday. Agence France-Presse

The Finn, who leads team mate Lewis Hamilton by one point in the overall standings and was fifth in the first of Friday’s two 90-minute sessions, set a benchmark time of one minute 33.330 seconds in the afternoon.

That put him just 0.027 seconds clear of Vettel, who had gone fastest in the morning by a 0.207-second margin ahead of Hamilton.

The Dutchman displayed a decent turn of speed having also gone fourth quickest in the morning. His Honda-powered Red Bull team were winners in China last year, with Tag Heuer-badged Renault engines in the back and Daniel Ricciardo behind the wheel, and have been tipped as strong outside contenders to repeat that feat this weekend.

But the 21-year-old struggled with what appeared to be problems shifting gears and clutch issues throughout the session.

Hamilton could do no better than fourth having gone second-fastest behind Vettel during the opening 90-minutes.

The Briton is the most successful driver by far around the 5.4-kilometer long Shanghai International Circuit.

But the reigning five-times world champion can expect a stiff challenge in his bid for an unprecedented sixth triumph with Ferrari tipped as favourites following their Bahrain performance and Red Bull also in with an outside chance.

The Monegasque ended the day with only the seventh-fastest time, slower than the Renault and McLaren cars of Nico Hulkenberg and Carlos Sainz and 0.828 seconds off the ultimate pace. 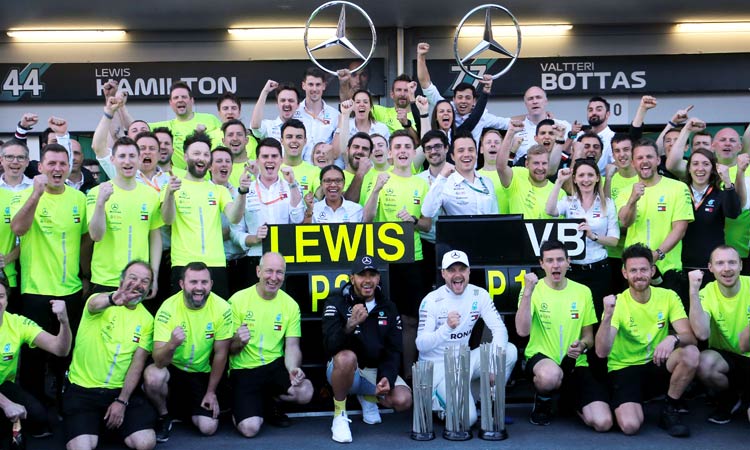