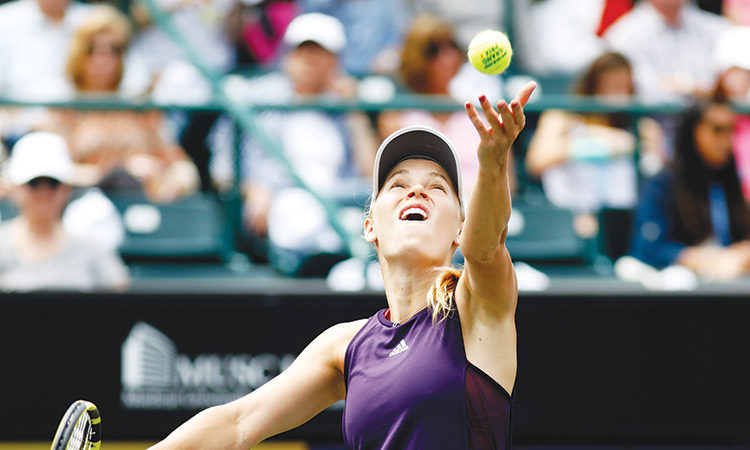 Former world number one Caroline Wozniacki maintained her dominance over Croatia’s Petra Martic on Saturday to move into the final of the Charleston Open where she will play Madison Keys.

Dane Wozniacki, showing confidence after a recent illness, defeated Martic 6-3 6-4 before American Keys turned back Monica Puig 6-4 6-0 in a semi-final that was delayed for more than an hour by rain.

The fifth seed broke Martic twice in the second set to claim the win and maintain her record of never having lost a set to Martic in six meetings.

Wozniacki, world number 13, grabbed a 4-2 lead in the second set but the 16th-seeded Martic bounced back to level at 4-4 before the Dane broke back and closed out the match.

Keys led 4-3 in the first set when rain halted her match with Puerto Rico’s Puig.

The big-hitting American, who upset top seed Sloane Stephens in the quarter-finals, lost only one more game, winning eight in a row to seal victory. Keys closed out the first set with a forehand service return, then broke Puig, the Olympic champion, three times in the decider.

Puig did not go quickly in the final game, though, saving three match points before Keys hit a big forehand return on a fourth match point to force an error from Puig.

In a battle of former world number ones the momentum shifted in the Belarusian’s favour early in the third set when Kerber committed two double faults in a careless service game to hand Azarenka a 2-0 lead.

Azarenka seized the opportunity, consolidating the break in the next game before cruising to the finish line to reach her first final in more than three years.