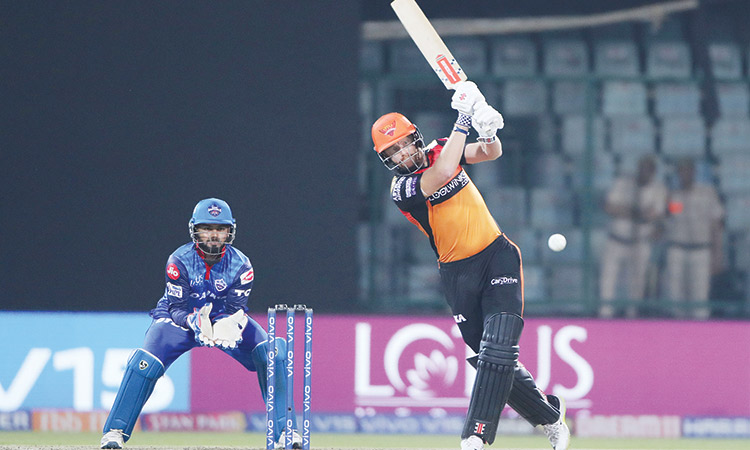 Sunrisers Hyderabad’s Jonny Bairstow in action against Delhi Capitals during their IPL match in New Delhi on Thursday. Associated Press

In reply to a modest total of 129 for the loss of 8 wickets put up by DC, Sunrisers were given a rousing start by opening batsman and wicketkeeper Jonny Bairstow, who hit 9 boundaries and one six to race to 48 in just 28 deliveries before Rahul Tewatia got the all-important breakthrough in second-last ball of the 7th over when the visitors had reached 64.

A slider on a fuller length skid off the deck and since Bairstow was late on the shot, it missed his bat and rapped him plumb before the stumps. Though the batsman challenged that decision, he had to return to the pavilion, missing his fifty by two runs, but not before he had enough damage at the top to put his team in the driver’s seat.

In the last ball of the eighth over and four runs later, David Warner, who was unusually quiet, fell to South African quick Kagiso Rabada who had the Australian star opener caught by Chris Morris after he had scored a slow 10 in 18 balls.

Sunrisers then suffered a mini-collapse, losing 3 quick wickets in the space of 16 runs. First to go in the last ball of the 13th over, was Manish Pandey, who trying to make some room to a ball that came straight at his abdomen, ended up with an agricultural hack to hole out to Prithvi Shaw after scoring only 10 in 13 balls.

In the 3rd ball of the 14th over, Vijay Shankar departed after he had scored just 16 off 21 deliveries with the help of only one hit to the fence, caught by DC skipper Shreyas Iyer off the bowling of Axar Patel.

Deepak Hooda, who had been dropped earlier on, was next to go, caught by Rabada off the bowling of Lamichhane for a 11-run 10.

However, Yusuf Pathan (11-ball 9) and Mohammad Nabi (9-ball 17) took Sunrisers to a well-deserved win in the end.

Earlier, DC batsmen put up another disappointing show. Put in to bat by Bhuvneshwar Kumar, they put on 129/8 in their 20 overs.

Sunrisers bowlers started well, stifling the home team batsman on a wicket which wore a typical low and slow look. Nabi (2/21) and Rashid Khan (1/18) made full use of the conditions as the DC batsmen failed to read the two Afghanistan spinners.

Prithvi Shaw looked to start aggressively as he hit Bhuvneshwar for a boundary off the first ball of the match. But the SRH skipper had the last laugh as he sent Shaw’s (11) stumps for a walk in the park in the third over of the DC innings.

After that it was all about spinning a web over the DC batsmen as Nabi (opening the bowling with Bhuvneshwar) sent back Shikhar Dhawan (12). The Delhi batsmen managed to score just 36 runs for the loss of two wickets in the powerplay.

Star batsman Rishabh Pant (5) fell trying to up the ante as Hooda picked a smart catch at long-off off Nabi as the score read 52/3. Iyer did try to wage a battle, but he didn’t find much support from the other end.

Iyer (43 off 41 balls) was finally cleaned up by Rashid as the leg-spinner was finally rewarded with a wicket for his quality effort. All-rounder Morris tried to wield the long handle, but could only manage 17 off 15 balls as DC picked 24 runs off the last two overs with Axar finishing with a six off the last ball. 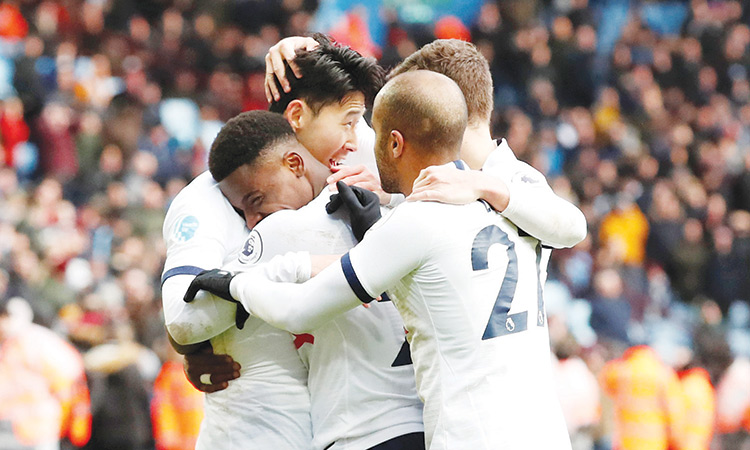 Son Heung-min struck deep into stoppage time as Tottenham’s chances of Champions League football next season were boosted by a 3-2 win at Aston Villa on Sunday. 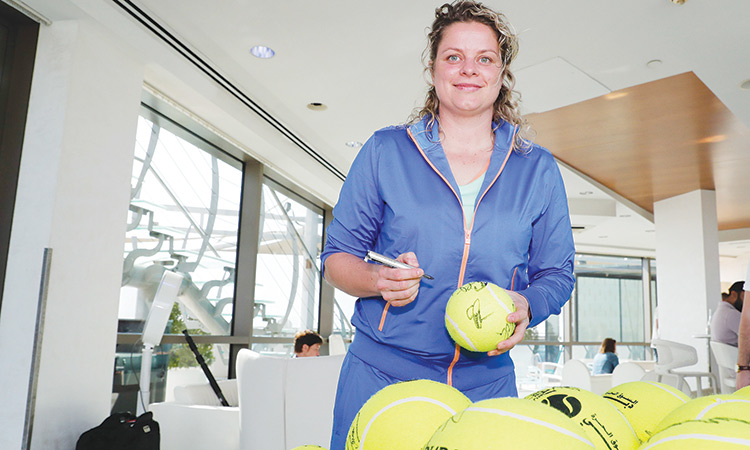 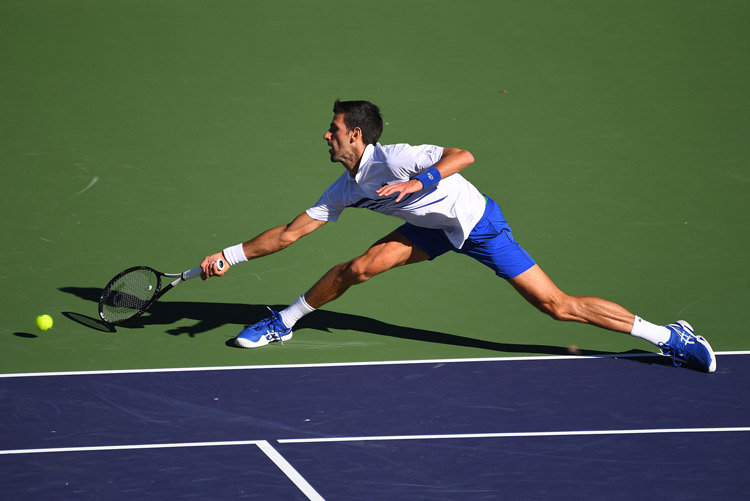