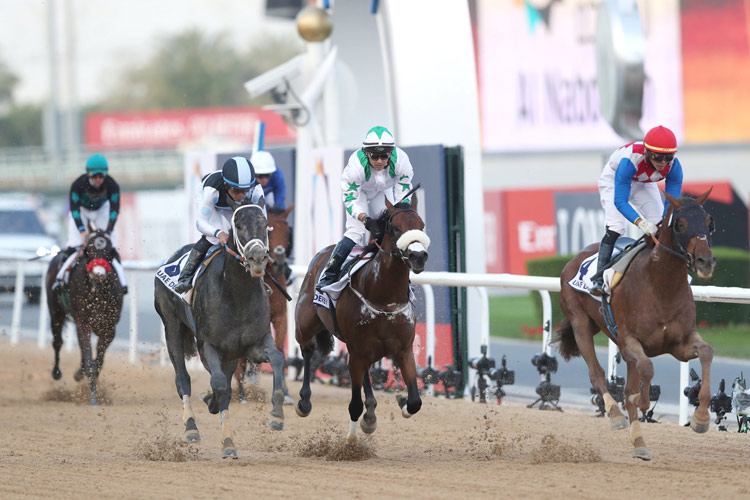 Plus Que Parfait ridden by Jose Ortiz during the UAE Derby.

DUBAI: Brendan Walsh, who once spent a decade working on the Godolphin team in Dubai before heading to the USA with hopes of becoming a trainer, saw his long-held dream come true when his his first runner in the Dubai, Plus Que Parfait, won the $2,500,000 UAE Derby Sponsored by the Saaed & Mohammed Al Naboodah Group (G2).

Under a perfect ride by Jose Ortiz, who won his second race on the Dubai World Cup card in as many tries, Plus Que Parfait earned 100 qualifying points for the Kentucky Derby in May. The son of Point of Entry found racing room in the field of 14 at the top of the straight and after the rider switched him to the inside, he accelerated between Gray Magician and Manguzi and dug in to prevail by three-quarters of a length.